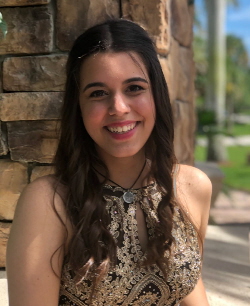 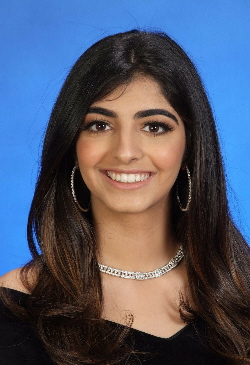 Andrea Peña of Marjory Stoneman-Douglas High School and Sasha Farid, of the School for Advanced Studies Homestead Campus took the top honors in the 62nd competition sponsored by The Miami Herald and el Nuevo Herald to spotlight  outstanding youths in 30 categories.  The awards are judged heavily as much on community service as excellence in their field.

In the wake of the shootings at her school that claimed the lives of 17 students and faculty members on Feb. 14, 2018, Peña felt the need to help heal her community. Together with her friend Sawyer Garrity, she co-wrote the song “Shine,” which became an anthem to the March For Our Lives rally in Washington in March 2018 and drew raves from Paul McCartney, Britney Spears and Justin Bieber.

Farid used drama therapy to help special needs preschoolers at Air Base K-8 to express emotions, to improve listening skills, and penmanship. In addition, Sasha and a group of mentor worked with middle school drama students to help them tell their stories, set goals, and problem solve. Additionally, she helped the school’s drama teacher to start a Jr. Thespian troupe, where students ultimately participated in the Fla. Jr. Thespian district and state competitions. Further, she mentored the speech and debate students in their Model UN inaugural year.

Each award includes a $2,000 scholarship from the John S. and James L. Knight Foundation, a Silver Knight statue, an AAdvantage 25,000-mile travel certificate and the Silver Knight medallion presented by American Airlines employees. Another 90 seniors were named honorable mentions; they received a plaque and $500.

This entry was posted in News and tagged Silver Knight Awards. Bookmark the permalink.