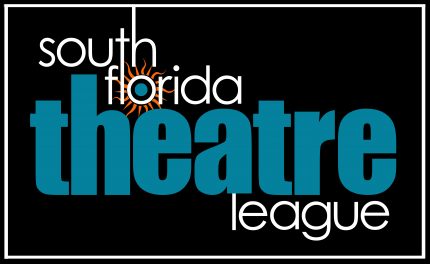 Garle acknowledges that she is a “very, very lucky” artist who has made her livelihood in South Florida in her chosen profession for ten years.

She has been able to support herself, her mother and her grandfather by working very hard at six simultaneous revenue sources, including head teaching artist at Miami Theatre Center. She had been considering when her upcoming stint with Summer Shorts ended to try her luck in Los Angeles.

And then the coronavirus shutdown. Three contracts vanished. Cash flow and reserves followed. Her loved ones fell ill for a stressful month.

“There’s only so much you can put on your credit card. Normally, I’m very fiscally responsible. But with everything going on there’s just nothing I can do,” she said.  As she recounted all this, she was not looking for sympathy or succor “because so many of us are in the same boat.” That was not when she had been crying.

She cried a few days ago when Andie Arthur, the executive director of the South Florida Theatre League, told her that she had been nominated by her colleagues to receive a modest cash gift from the League to help tide her over.

“I began sobbing uncontrollably because it means so much to me what everybody is doing. I messaged her back and said because of you I know for a fact that I’m going to be able to eat for the rest of the month.”

Garle is among more than 60 local theater professionals who had been contracted to work in productions in March and April who have shared some of the $12,000 that the organization has raised through its ongoing South Florida Theatre League Relief Fund.

At a time when so many local artists have lost not just their contracts for theater gigs but their secondary jobs as well, the League created a fund-raising effort aimed specifically at “independent contractors” because most small business assistance programs focus exclusively on employees, Arthur wrote.

“One recipient told me that it was the first income she’s had had since March,” she wrote.

The fund was seeded with $3,000 already in the League coffers that was slated to be spent on the After Party for the Carbonell Awards’ April 6 gala that has gone into limbo for the moment.

Then the relief effort was bruited in social media and was a beneficiary of efforts such as Theatre Lab’s online 24-hour monologue projects and frequent mentions in companies’ online efforts such as Zoetic Stage’s weekly trivia contest.

Twelve companies applied for the help to contractors they had to lay off. Ten were given the overall grants and another for a specific artist, including the Miami Theater Center, Area Stage Company, Island City Stage, Empire Stage, Measure For Measure Productions, Epiphany Theatre, Thinking Cap Theatre and Florida Children’s Theatre. The companies chosen in the first round had shows and programs slated to occur in March and April.

The ten overall applicants received $1,000 to distribute. Most chose five artists/contractors to receive $200. One did 10 stipends of $100 and another did eight $125 stipends. In one group of five, the artists themselves asked to redistribute their funds to those in the group who needed it more.

The amounts are hardly staggering or even sustaining long-term, but some recipients feel an emotional gift as well seeing the community of artists and patrons coming together. Actress and recipient Sara Grant, who was to appear in Measure For Measure’s Island Song, said, “It meant something because we’re all struggling during this time, and it shows that they care, really care, about everybody.”

Most of the money collected has been given out, but the project is an ongoing effort with further money raised being earmarked for shows and events that were cancelled in May and June.

Donations can be made directly to the South Florida Theatre League Relief Fund online by going to the League’s website at www.southfloridatheatre.com. A direct link to the fund will be on the main page. Donations can also be mailed to South Florida Theatre League, 111 NE 1st St, Suite 905, Miami, FL 33132.
www.southfloridatheatre.com