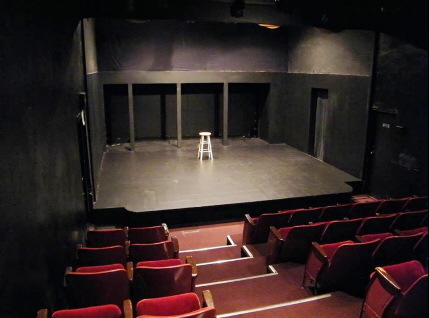 Main Street Players, the Miami Lakes company that transformed from a community theater to professional status, has announced the winners of its 2020 New Play Competition Winners.

The Grand Prize Winner is Other People’s Happiness by Adam Seidel and will be presented during the South Florida Theatre League Summer Theatre Fest, whose exact dates are being fine-tuned because of the virus pandemic.

It is described as “John and Sara have a typically unhappy marriage. One summer weekend John takes Sara up to the family cabin in the north woods of Wisconsin to rekindle those old flames. During the trip Sara tells John that she’s met a younger man and she intends to be with him instead. While John is troubled by this announcement, he suspects Sara is making an emotional choice and tells her to go ahead and that he’ll stay up at the cabin until she realizes what a horrible mistake she is making, and then when she comes to her senses he’ll move back to the city and they’ll work on things. What he doesn’t realize is that Sara is dead serious and that from this moment on, has every intention of living her life exactly how she wants to live it, no matter what John or the now adult kids Joel and Fran think. Other People’s Happiness is a portrait of a family in chaos, and asks the question ‘When you give up your happiness for everyone else, what is your breaking point?’”

The First Prize Winner is Wolf and Badger by Michael John McGoldrick which will have a staged reading some time during the coming season.

This entry was posted in News and tagged Main Street Players. Bookmark the permalink.