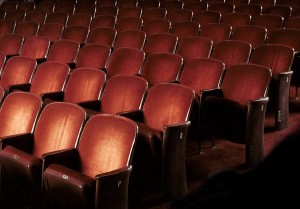 Hot dogs, fireworks and… theater? New Theatre is hoping you’ll join them this holiday weekend for its bi-annual Miami 1-Acts Festival of 16 fully-staged short plays which doubles as a fund-raiser.

The festival will be held at Artistic Vibes, 12986 SW 89 Avenue, Miami near the Falls Shopping Center, not at its current home at South Miami-Dade Cultural Arts Center.

The plays in Program A are Soulmates by Matt Stabile, directed by Aly Pentangelo; Aliens, Mr. President! by David Victor, directed by Erik J. Rodriguez; Truvada Whore by Josh Mesnik, directed by Mike Englemann; Dar A Luz by Raquel Almazan, directed by Jair Bula; Railing It Uptown by Shirley Lauro, directed by Patrice DeGraff-Arenas; All This Time by Alexis Roblan, directed by Kenya Moore; Conversation On A Couch by Brian Cohen, directed by Will Cabrera; Last Exit by Philip Middleton Williams, directed by Jerry Jensen.

“This year… realism is not at the forefront of the submissions at-large and what attracted our six professional panelists,” New Theatre’s Artistic Director Ricky J Martinez wrote in an e-mail. “They ranked the most innovative and gripping themes to playwrights willing to go outside of the realism genre surprisingly enough!”

He added, “We had an increase in submissions and those that have penned and been produced in sessions before have increasingly gotten stronger in content, structure, character, etc.  Playwrights are taking wise risks and realizing that Miami has much to write about.”

Tickets are $12 per program or a two-program pass for $20 and are available online at www.new-theatre.org or (305) 443-5909  Chit-chat Happy Hour commences an hour prior to curtain with beer, wine and festival t-shirts available. Additional contributions are welcome.

The festival kicks off with a 4th of July celebration starting at 5 p.m. with it is a BBQ chef’s competition with five entrants from the theatrical community vying for the Best BBQ Chef Award. Fireworks are expected to follow the evening performance.

Begun in the summer of 2012, the festival has become a twice-a-year event with as many as 75 actors, directors, playwrights and staffers volunteering their time. The next edition, slated for December, will be held for the first time at multiple venues across the county due to a grant from the Knight Foundation.