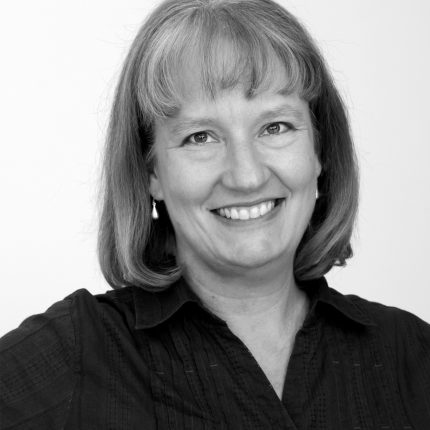 Playwright E.M. Lewis is the 2020 recipient of the Harold and Mimi Steinberg / American Theatre Critics Association New Play Award. The Steinberg/ATCA Award, which comes with a $25,000 prize, recognizes playwrights for the best scripts that premiered professionally outside New York City during 2019.

The Oregon-based Lewis won first place for her play How the Light Gets In, which was produced by Boston Court in Pasadena, Calif. The work centers on a travel writer who never travels, a struggling architect, a tattoo artist and a homeless girl find each other when one of them falls apart.

Lewis remarked in her acceptance speech that her play “is about finding the courage to reach toward each other in the darkest and most difficult times.” Also recognized with 2020 Steinberg/ATCA Citations were the Philadelphia native Lee Edward Colston II for The First Deep Breath, produced by Chicago’s Victory Gardens Theatre, and the Richmond, Va.-based Chandler Hubbard for Animal Control, presented by Richmond’s Firehouse Theatre. Each playwright will receive $7,500 in prize money.

With an annual prize total of $40,000, Steinberg/ATCA is one of the largest national new play awards. The awards have been funded by the Harold and Mimi Steinberg Charitable Trust since 2000.

ATCA began honoring new plays produced at regional theaters outside New York City in 1977. Plays receiving a production in New York City during the award cycle are not eligible for the Steinberg/ATCA award, recognizing the many other awards programs already in existence there.

The 2020 awards were presented online May 13 – the video is available here and americantheatrecritics.org.

Also presented at the ceremony is the recipient of the 2020 M. Elizabeth Osborn Award, Dan McCabe for The Purists, produced by Boston’s Huntington Theatre Company. The award recognizes the work of an emerging playwright who has not yet received a major production, such as off-Broadway or Broadway, nor received other major national awards.

The 2020 finalists were culled from 32 scripts recommended by ATCA members for productions that premiered in 13 states.

Characterizing the work of the finalists, Harry said: “There seems to be a yearning for connectivity — and astute awareness of the challenges facing the forging and maintaining of these relationships — loosely binding together many of this year’s entries together. Perhaps that’s true of theater every year, but it seemed pronounced in this cycle.”

The American Theatre Critics Association (ATCA) was founded in 1974 and works to raise standards and public awareness of the functions and responsibilities of theater critics. It is the only national association of professional theater critics, with over two hundred members working in print, broadcast, and online media. ATCA is a chapter of the International Association of Theatre Critics / Association internationale des critiques de théâtre (IATC-AICT) a UNESCO-affiliated organization that sponsors seminars and congresses worldwide.