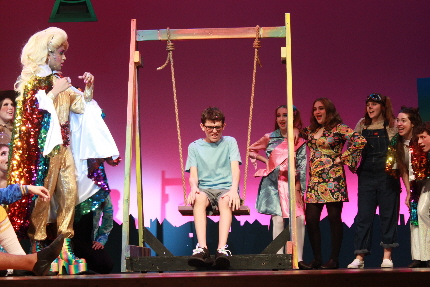 Marjory Stoneman Douglas High School received the most awards with eight for Imaginary, The Musical.,

Normally, hundreds and hundreds and hundreds of high school students and their families fill the orchestra seats of Broward Center for the Performing Arts one night each year celebrating excellence in theater and criticism with deafening cheers and screams during the Cappies Award Gala.

The COVID-19 virus did not rob that generation of the chance to honor each other’s work. The South Florida Cappies organization mounted a slickly-produced online celebration livestreamed Tuesday night in the 18th annual presentation of the awards.

The production featured pre-taped deliveries of the nominees and announcement of the winners as if the presenters were in the Au-Rene auditorium rather than their living rooms. The list of presenters were an array of current theater, television and film professionals, most of whom had been Cappies participants in the past, even nominees and winners.

“Despite the fact that we were not able to gather together this year, it was important to still take the time to celebrate the hard work and talent of students and teachers in these theater programs,” said Lori Sessions, program director. “We are so thankful to the larger entertainment community who gathered together to support our students this year.”

Over nearly two hours, the production honored scores of students from 17 public and private schools throughout Broward and Palm Beach counties.

Marjory Stoneman Douglas High School received the most awards with eight for Imaginary, The Musical, making it the most honored musical. With six Cappies wins, Archbishop Edward A. McCarthy High School’s production of The Diary of Anne Frank was the most honored play.

The energy of the night was on display when the program opened with dozens of students singing a rewrite of “One,” the opening number from A Chorus Line, with new lyrics designed for the Cappies by Bill Strauss, a program co-founder and member of the Capitol Steps,

The program was hosted by Jennifer Laudia, a theatre teacher at NSU University School, and Tyler Grimes, managing director at Lovewell Institute for the Creative Arts; both are members of the Cappies steering committee

Cappies award winners are determined by votes from the students through a weighted peer review voting process.  Nominations are made by student critics from participating schools that attend productions at rival schools and write reviews, which are then edited by theater educators and published on FloridaTheaterOnStage.com.

The production was supported by the Broward Center for the Performing Arts and the NSU University School. 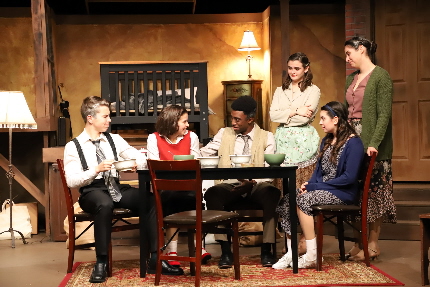 Archbishop Edward A. McCarthy High School’s production of The Diary of Anne Frank was the most honored play.