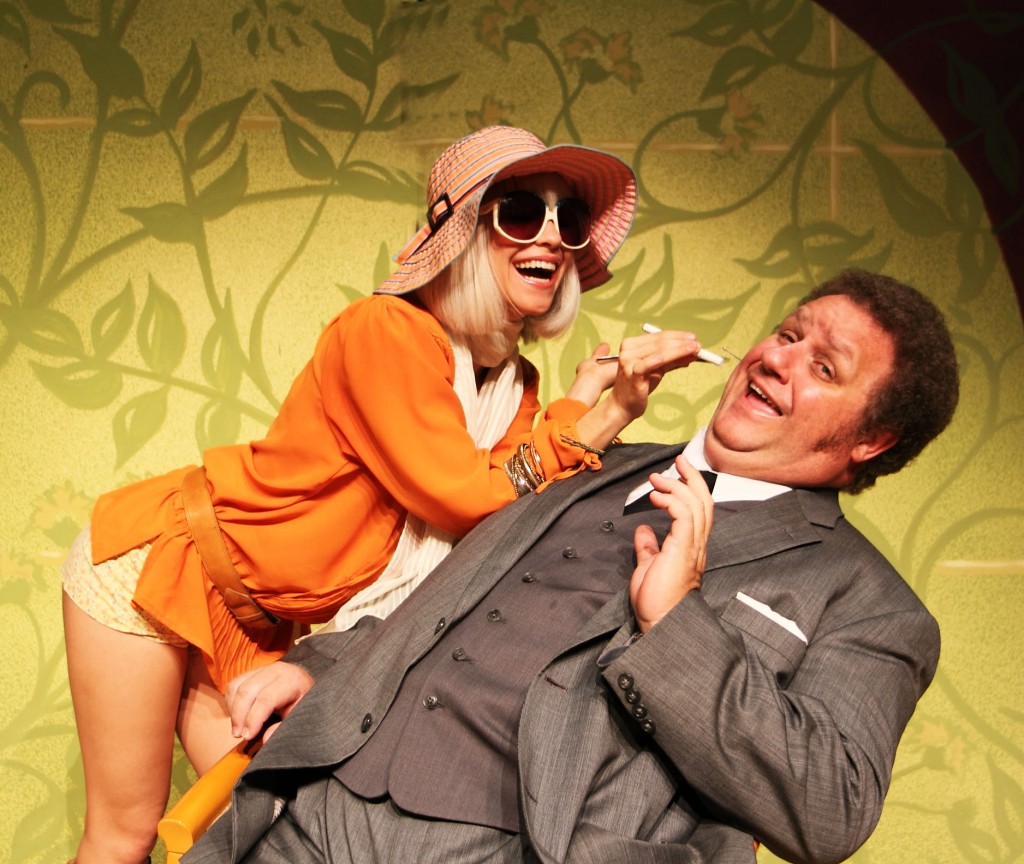 Broward Stage Door Theatre has a knack for Neil Simon. Just when you thought there wasn’t much new to be done with yet another of Simon’s old chestnuts, the Coral Springs theater company presents a fresh production that’s entertaining from beginning to end. With its latest Last of the Red Hot Lovers, Stage Door loads one of Simon’s funniest plays with talent, which only makes the comedy soar higher.

The always likeable Ken Clement plays Barney Cashman, a 47-year-old seafood restaurant owner who decides to spice up a life that he says has “gone out of his way to ignore him.” He’s a nice-as-pie guy who met his wife when he was 16, married her when he was 24, and hasn’t strayed from the marriage in 23 years. He wants to have an affair, but nothing tawdry; the idealist is looking for something “beautiful,” and rather than meet women in a hotel, he’s invited them to his mother’s Upper East Side apartment, which gives him a two-hour window to conduct his affair before she returns home. That’s one of his obstacles; the others are the women he selects for his illicit rendezvous.

His first attempt is with Elaine Navazio (Elissa D. Solomon), a restaurant patron that he targets for his first dalliance by writing an apartment address, date and time on the back of her food check after plying her with extra shrimp in her cocktail. Elaine shows up in a faux fur and sexy dress.  She’s a straight shooter and only wants one thing; well, two ― sex with no strings attached. Barney wants more for his first fling. There’s no doubt that Simon has written some of the quickest comebacks for Elaine. In responding to her not wanting to get to know him better, Barney asks Elaine, “Are you as cold as you seem?” Elaine: “I need gloves to take off my underwear.” There are other nuggets peppered throughout this first act. After Barney decides to take Elaine up on her offer for no talking, just action, he grabs her in a liplock with a bit too much force. Barney: “Your lip is bleeding.” Elaine: “It’s all right. It will heal. It’s only royal families that have to worry.”

While Solomon is a worthy opponent for Clement in the verbal volleying that Simon gives the two actors, the actress could deliver her best lines with more conviction. Many times the best throwaways weren’t audible, either lost in audience laughter from a previous joke, or caught up in the actress’s battle against her character’s New Yawk accent.

The second act is the showstopper and, when done right, as it was here, audiences get taken on a frenetic whirlwind that’s unbeatable. After his disastrous first attempt, we meet Barney eight months later. It’s August and he enters his mother’s apartment, yet again. This time, he’s awaiting the arrival of Bobbi Michelle (Shira Abergel), a woman who he met in Central Park when he lent her 20 bucks.

She arrives at the apartment in a whirlwind, a young chatterbox of a woman whose stories of auditioning for big time directors and romances with Beverly Hills hoteliers become increasingly more paranoid as the second act amps up. Abergel, who recently showed the same amazing ability to wow an audience with a complicated character while keeping her cool in the recent production of Death for Sydney Black at Fort Lauderdale’s Thinking Cap Theatre last November, is absolutely enthralling as the kooky Bobbi. Hats off (or shall we say wigs off as Abergel has enough of them in this show) to the talented actress for embodying the delusional Bobbi rather than allowing the character to overpower her, which can easily happen in this role. Abergel and Clement have comic chemistry together and they are truly red hot here. They are the reason to see this show.

It’s a hard act to follow and Simon’s moralistic third act is a bit of a let down after the first two frantic follies. The third time isn’t a charm for Barney as he chooses someone from his circle of friends. Barney invites his friend Mel’s wife, Jeannette, to visit the apartment, just a month after his non-consummated date in the same locale with Bobbi Michelle. Perhaps he’ll have more success with the familiar, but when the middle-aged woman shows up, she’s in a state of severe depression. She waxes philosophical about the indecencies of the world, nagging and preaching, preaching and nagging. The role of Jeannette is perhaps the most difficult in the play because it is easy to get lost in a one-note mood that could turn the last act into a sour-puss downer. Clement works hard to keep the energy up, and thankfully so. Carol Sussman as Jeannette may have more success in exploring a range of emotion within the character’s words that tirelessly beat the drum of depression.

If Stage Door’s Last of the Red Hot Lovers belongs to anyone, it’s Clement, who creates the world of Barney Cashman, letting the audience in with ease and care. You can’t help but love the big schlub, and rally for him to have a successful go with one of ladies. Clement sets the pace from the start with some flawless stagecraft business of setting up the apartment for his first guest. Another of the many highlights of his performance is his revealing monologue in Act 1, perfectly and delicately handled to add just the right touch of drama so as not to break the comic throughline for what’s to follow. Clement shines in every act, leading and following in each scene with his women almost as if it is part of a beautifully choreographed dance.

Director Michael Leeds understands the importance of the playwright’s pacing in Lovers and has obviously worked this show to make the most of comic timing; it doesn’t miss a beat. The Mother’s Apartment set design is cozy and on target with its curio cabinet, doilies, fluffed pillows and perfectly positioned candy dish.

Since Simon’s Lovers was written in 1969, there have been attempts by theater companies in recent years to update the production to the 21st century, adding cell phones, changing names of anti-depressants to the more familiar, and modernizing pop culture references, but Stage Door leaves the show where it belongs, not giving a nod to its over-40 status. In less capable hands, the script and its surrounds could appear dated, but here the time period only adds to the hilarity ― Cashman makes calls on a rotary phone, takes off his rubber overshoe galoshes, and listens to Doors music on an AM tabletop transistor radio.

With a cast and a production that have no fear of diving head first into the show’s comedy, chaos and affairs of the heart, Stage Door’s Last of the Red Hot Lovers immerses its audience in sizzling, dizzying fun.

Last of the Red Hot Lovers runs through March 4 at The Broward Stage Door Theatre, 8036 West Sample Road, Coral Springs. Performances are in Theatre 2 Wednesday –Sunday at 2 p.m., Thursday-Saturday at 8 p.m. and Sunday at 7 p.m. Also running the Miami Beach Stage Door at the Byron Carlyle Theatre, 500 71ST Street, from Mar. 9-25. For tickets and information, call 954-344-7765 or visit www.stagedoortheatre.com.