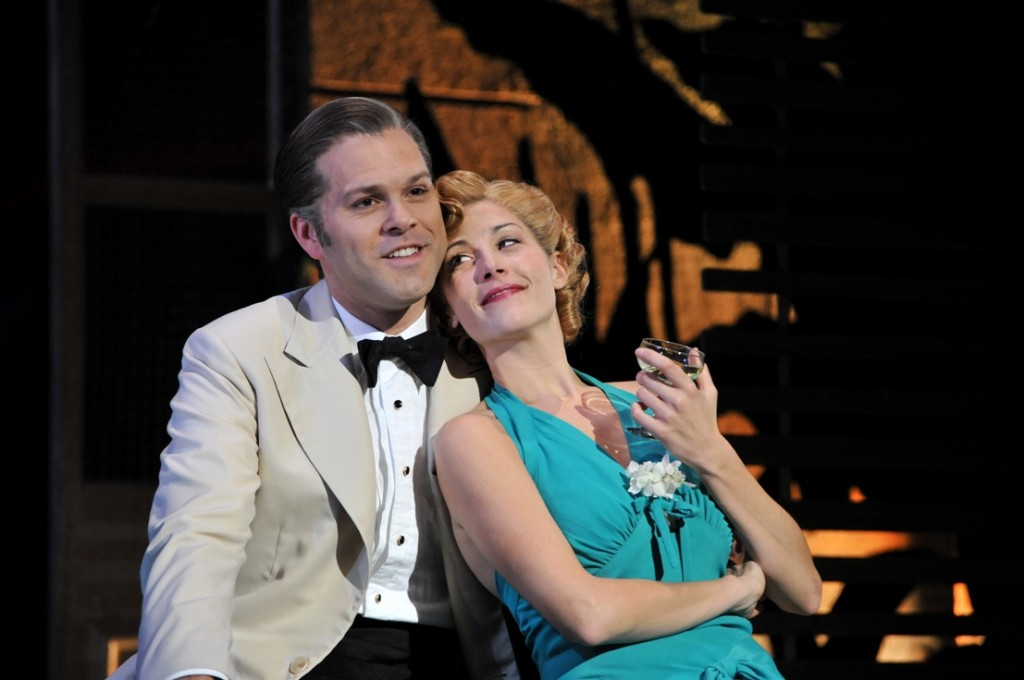 There’s a warm validation of our sensibilities in seeing a classic part of our culture fabric done right, really right.

This second national tour of South Pacific at the Broward Center envelops the willing participant in a sense that when the American Musical Theater is at its best – intelligently executed, sensitively acted and lushly produced – that it takes a back seat to no other art form.

That warmth of justification flows around you upon hearing a songbook of standards and sentiments such as “Some Enchanted Evening” and “A Wonderful Guy” delivered with skill and passion missing from paler out-of-context renditions.

This production may not match the 2008 luxurious revival at Lincoln Center that this edition is based on; reports were that the experience was transcendent. But this scaled-back iteration is the best in two decades of South Florida productions (and there have been several), and certainly will stand as a satisfying benchmark.

It isn’t just the sobering theme of prejudice; this cast dives into the adult emotions of complicated romantic relationship swirling against the backdrop of war and death.

For the theatrically-illiterate, South Pacific is a 1949 blockbuster with a soaring score by Richard Rodgers, brilliant lyrics by Oscar Hammerstein II that only sound simple, source material from short stories by James Michener, an affecting script so well-constructed by Hammerstein and director Joshua Logan that it won the 1950 Pulitzer Prize over Member of the Wedding and Come Back Little Sheba, plus plush orchestrations and arrangements by two deans of the art Robert Russell Bennett and Trude Rittmann.

All of that was kept intact and even augmented for a revival that trusts the emotional content and technical craftsmanship of the material.

A quick refresher: The story traces two unlikely romances played out on a Navy base during World War II. One pair is Nellie Forbush, an ebullient and open-hearted Navy nurse from Little Rock, and the older French planter, Emile de Becque, who has a couple of secrets. The other is between Lt. Joseph Cable, sent to recruit de Becque for a chancy mission behind enemy lines, and Liat, the lovely young daughter of the Tonkinese entrepreneur Bloody Mary. Racial prejudices intervene in both relationships and must be resolved one way or the other before the final curtain.

As with most musical theater, the script requires actors to communicate crucial information and depict convincing changes of heart within a line or two. While mostly successful, this production doesn’t always get that across as solidly as you’d hope.

But you can’t fault this non-Equity cast of about 30 for much else. They may have been together for many months doing this show scores and scores of times, but they invested opening night with energy and passion.

Jennie Sophia is an endearing Nellie with a soprano that caresses the score and who doesn’t lose that Arkansas accent when she’s singing. Shane Donovan brings a reliable tenor to Lt. Cable, especially on the lyrical “Younger Than Springtime,” and for once, this is a manly battle-weary soldier rather than the usual practice of casting some dreamy-eyed swain.

Also worth praise is Cathy Foy-Mahi as the gimlet-eyed Bloody Mary always looking for an angle, Hsin-Yu Liao as the charmingly delicate Liat and Christian Marriner as the comical wheeler-dealer Luther Billis, this time with a non-regulation moustache and goatee that resembles Cardinal Richelieu’s.

But especially memorable is Marcelo Guzzo as Emile. Like most of his high-profile predecessors, Guzzo is a baritone from the opera world who has no experience in eight-shows-a-week musical theater and for whom English is not a first language. Which makes his success here so surprising and welcome. His rich voice romances the music and lyrics like a warm embrace. He intones his spoken lines in that same deep opera voice from the diaphragm, which sounds just a shade unreal and “theater-ry.” But he effectively expresses an almost innocent anguish finding himself in love a second time in his life and then finding this blessing imperiled by a prejudice he cannot reconcile with his belief in the woman he loves.

One of the show’s enduring problems in the 21st Century and even the late 20th Century was making Nellie’s rejection of Emile’s first marriage a credible obstacle in the eyes of an “enlightened” audience. So this production has solved it by doing something we’ve never seen before: Emile’s two children are not simply Eurasian or Polynesian. They are black. Unfortunately, that brand of prejudice we’ve seen.

(Theater geek trivia: The Tonkinese entrepreneur Bloody Mary, played here by a native of Hawaii, was portrayed in the original 1949 production by Juanita Hall, an African American actress who later played the Chinese-American matriarch in Rodgers and Hammerstein’s Flower Drum Song.)

The Lincoln Center production, performed on its wide thrust stage, was famous for pulling back the stage floor to reveal 30 musicians during the overture. The full lush sound that emerged stunned audiences accustomed to a handful of players. Obviously, that isn’t going to happen on the road. This show travels with 10 in the pit, and as fine as they are under the deft baton of Richard Dunn II, they’d be hard pressed to produce the opulent sound that sometimes envelops the audience at the Broward Center. For that, you can thank “orchestral enhancement by Half Pint Studios, Jason Howland,” the program points out.

The original staging for Lincoln Center by Bartlett Sher and Christopher Gattelli has been rejiggered into more two-dimensional blocking for a proscenium stage by Sarna Lapine and Joe Langworth. You yearn for that wide ranging movement we saw on the PBS Live At Lincoln Center broadcast in 2010. But it has a steady fluidity that never drags, although South Pacific remains and feels like a long show by contemporary standards. I’ve always thought the Thanksgiving Show scene should be cut by half.

If the evening feels as if there was a slight film over the whole thing, it’s only noticeable because it strafes pretty close to pure pleasure so often. If your heart doesn’t swell up upon hearing “This Nearly Was Mine” or seeing the lovers clutch hands under the table, I’ll schedule an appointment for you at the cardiac specialist.

Cell phone report: We only heard four cell phones go off, but they rang and rang until the callers gave up, not when the cell phone owners became embarrassed and did something about it.