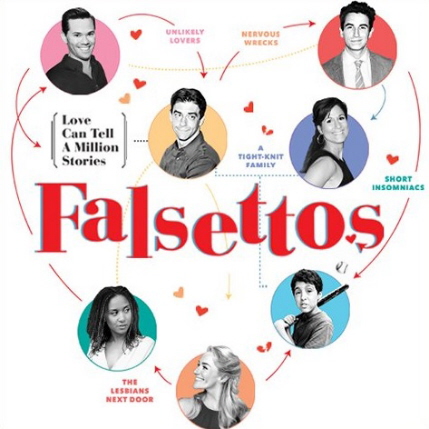 So, a loved one has given you a nice check (is there any other kind?) to celebrate the holidays, but you have no idea what to do with it. Well, for theater lovers, there are scores of options.

Perhaps you might buy a ticket to a theater company that you’ve read about (probably on this website) but one you might not want to risk your own money on. What a great way to expand your horizons with no more investment than a couple of hours. Even better, if your donor is especially generous, buy a subscription to the rest of the season at your favorite venue.

But here are some other suggestions that are less evanescent than something to paste in your memory book:

Obviously, you already own the original cast album of Hamilton and you are waiting for the Dear Evan Hansen recording due out in early February.

But there are many other CDs and digital downloads available not just for completists, but for those wanting a taste of shows they have missed.

She Loves Me (Ghostlight Records) One of the most popular and critically acclaimed revivals of 2016 was Roundabout Theatre’s production of the beloved Sheldon Harnick-Jerry Bock-Joe Masterhoff She Loves Me starring Laura Benanti, Zachary Levi, Gavin Creel, Byron Jennings, Michael McGrath and Jane Krakowski.

Bright Star (Ghostlight) was a beautiful folk musical set in the backwoods of North Carolina in the last century that made fans of those who saw it last season, but failed to bring in audiences long enough for word of mouth to keep it afloat. The score and script by Steve Martin and Edie Brickell – both neophytes to the Broadway musical although Martin had written plays – was ineffably gorgeous, especially as delivered by leading lady Carmen Cusack. The music only has a few classic bluegrass tunes, but the flavor of classic indigenous American music is suffused throughout. It does not sound much like a modern Broadway music, which hampered its appeal for some sophisticates, but their dismissal was their loss.

The Hamilton Mixtape (Atlantic Records) is quickly becoming an essential add-on for Ham-heads. This collection of remixes and covers features Sia, Usher, Chance the Rapper, Busta Rhymes and Ben Folds. One edition has explicit lyrics and another has “clean” lyrics.

The Apprenticeship of Duddy Kravitz (Ghostlight Records) – No, you haven’t seen this one unless you caught a tryout in Philly in 1987. But this recording of an overhauled 2015 Montreal production may yet make it to the Great White Way or your regional theater because the score is by David Spencer and some new guy named Alan Menken. It’s based on the Mordecai Richler novel about growing up Jewish in Canada, later made into a movie starring a young Richard Dreyfuss.

So many Broadway stars and up-and-comers have solo albums for sale. Most notable may be Adam Pascal & Anthony Rapp – Acoustically Speaking: Celebrating 20 Years of Friendship – Live at Feinstein’s / 54 (Broadway Records). Two Broadway legends who have stayed close since bowing in Rent gave live appearances at the famed cabaret club in October. This recording is the result including songs they have and haven’t had a chance to perform on stage,
Also available are Laura Osnes: Christmas, Will You Stay?; Annaleigh Ashford: A New Year; Alan Cumming Sings Sappy Songs (live at the Carlyle Cafe); Jose Llana: Attitude; Carmen Cusack Live at Feinstein’s / 54 Below; Megan Hilty: A Merry Little Christmas among many, many others. 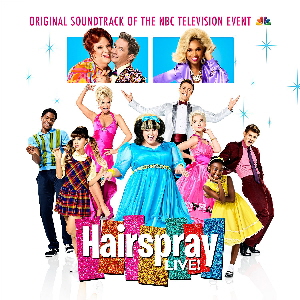 Hairspray Live! (Masterworks Broadway) If your DVR was broken earlier this month, you can see on a DVD what is arguably the best “live” network TV version of a Broadway musical in recent years. But as we know, there were bobbled lyrics and other glitches, so you can hear it the way it was intended on this CD/MP3 studio recording.

La La Land (Interscope Records) – Yes, they do make them like this anymore. The soundtrack preserves the musical pleasures of this modern riff on the movie musical art form. Written and directed by Damien Chazelle, the boy meets girl, boy loses girl, boy and girl come to an understanding story features a score by Benj Pasek and Justin Paul (A Christmas Story, Dogfight, Smash and something called Dear Evan Hansen)

When Everything Was Possible (Ghostlight): Kurt Peterson and Victoria Mallory were two shining shimmering young Broadway talents when they met in the 1960s. Theater geeks knew and know their names even today, among other reasons for their work in Stephen Sondheim musicals and as mainstays of dozens of productions. Their voices can be heard on many of the CDs and MP3s already in your collections. In 2012, they mounted a joint concert at City Center that was an insider’s retrospective on almost a half-century of Broadway. Mallory died in 2014, but Peterson and others have finally released a recording made during that concert.

Be More Chill (Ghostlight) In 2015, Two River Theater in New Jersey debuted this  playful, witty yet insightful work by the promising team of Joe Iconis and Joe Tracz about a nerdy introvert who takes a mysterious pill/computer module that invests him with confidence and charisma – but with profound side effects.

The Untold Stories Of Broadway, Volume 3 (Dress Circle Publishing) Another round of fascinating vignettes by Jennifer Ashley Tepper. This is the third in her series of books of tales about Broadway theaters, interviews with Broadway luminaries and working stiffs keyed to theater lore and specific shows connected to specific theaters, in this case, the Broadhurst, the Belasco, the Edison, the Lyric, the Majestic, the Schoenfeld, the St. James and the Walter Kerr.

Collected Essays of Arthur Miller – Deluxe Edition (Penguin) A selection of Miller’s finest essays, organized in three thematic parts: essays on the theater, essays on specific plays like Death of a Salesman and The Crucible, and sociopolitical essays on topics spanning from the Depression to the twenty-first century.

The Great Comet: The Journey of a New Musical to Broadway (Sterling – hardcover book w/ CD) Behind the scenes journey of the new musical from its inception, to Off-Off Broadway, to Off-Broadway, to its premiere at the Imperial Theatre on Broadway. Profusely illustrated, with an annotated script and a special CD with three songs from the Off-Broadway production and two all-new recordings for the Broadway production featuring Josh Groban with a 25-piece orchestra.

The online Playbill Store at playbill.com has scores of items related to specific shows – many of the baseball caps and T-shirts you saw at the tchoke kiosk in the lobby of the theater. But ones you can’t get elsewhere are pajamas covered with small reproductions of the covers of Playbills from classic and modern stage masterpieces. They aren’t cheap – $65 to $80 unless you’re a member of The Playbill Club, but people who have them love them. Another idea for those who go to New York frequently and have been accumulating Playbills themselves, the company sells attractive binders

This entry was posted in CDs / DVDs, Reviews. Bookmark the permalink.