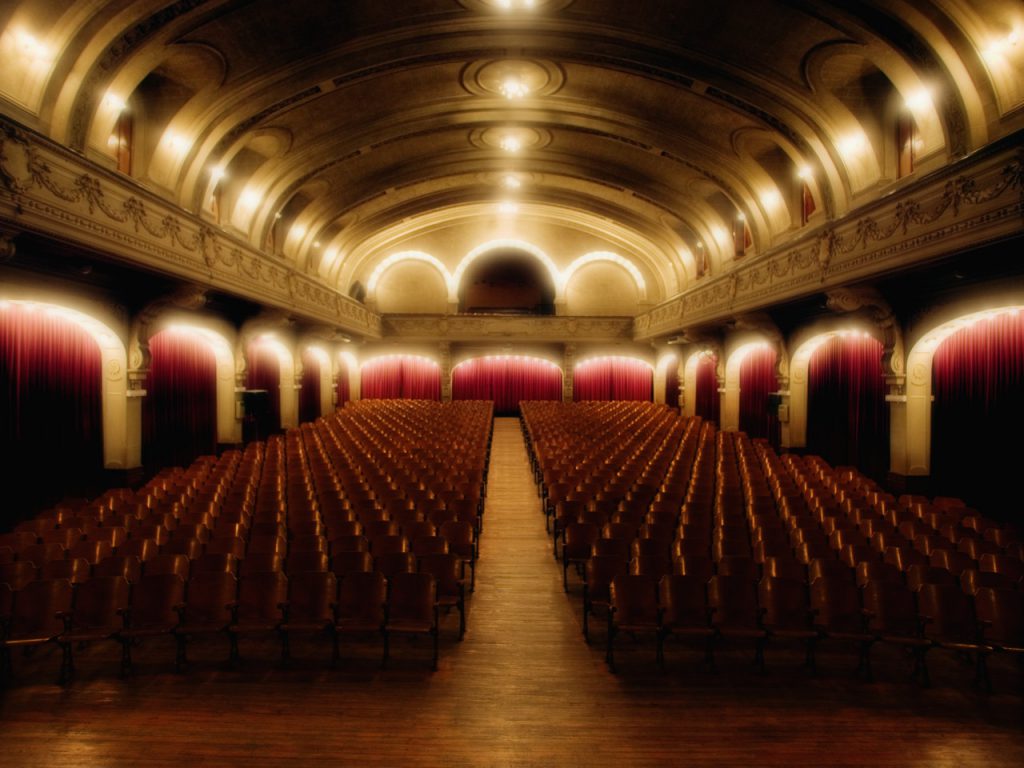 These are not at all necessarily what we predict will be the best shows this season (although they may be) or the best attended or the most popular or the most award-winning. We don’t care. These are the shows we most want to see for a variety of reasons. The list is woefully incomplete, likely with major but unintentional omissions. We apologize if your favorite venue is not on the list; there are literally hundreds of productions this season from scores of companies.

All The Way (Actors’ Playhouse March 22-April 9) Robert Schenkkan’s winner of the Pulitzer Prize and Steinberg/American Theatre Critics Association Award is a marathon depiction of Lyndon Johnson’s canny, pragmatic and ruthless pursuit to get Congress to pass the Civil Rights Act of 1964 and then trying to win election to the presidency with all the ensuring fallout and baggage. The play starred Bryan Cranston both on Broadway and in the recent HBO version. It requires a large cast and brilliant actor in the lead.

An American In Paris (Broadway Across Miami Dec. 27-Jan. 1 and Kravis on Broadway Dec. 6-11) A stunning musical based on the film and a catalog of Gershwin music, but on Broadway this was an awe-inspiring exhibition of choreography and dancing.

Arcadia (Palm Beach Dramaworks March 31-April 30) Once again, this company has a stellar season including the rarely-seen Tennessee Williams’ The Night of the Iguana and Dramaworks’ stalwart Rob Donohoe in the one-man bio about Truman Capote, Tru. But nothing defines Dramaworks’ mission of thought-provoking theater more than the extremely challenging but rewarding Arcadia by that master of Byzantine theater Tom Stoppard. The story of sex, perceived truth versus actual truth and a half-dozen other themes is set in alternating scenes in the present day and 200 years earlier in Byronic England. Like Dramaworks’ Three Tall Women and Copenhagen, it’s a dizzying Everest of a challenge.

Beautiful – The Carole King Musical (Broadway Across Miami Feb.14-19) As much a biography as a jukebox musical, this is an atypically engaging evening powered by the soundtrack of our lives.

Between Riverside And Crazy (GableStage Jan. 21-Feb. 19) There is so much to look forward to in GableStage’s slate, but we’re intrigued to see Stephen Adly Gurgis’ Pulitzer winner about a retired police officer faced with eviction that uses dark comedy to confront questions of life and death. Gurgis is a favorite of local companies leaning toward gritty comedy-drama, as seen in GableStage’s The Motherf***er With The Hat and Ground Up & Rising’s recent Our Lady of 121st Street. We’re also intrigued by next May’s The Legend Of Mcbride by Matthew Lopez who wrote the deadly serious The Whipping Man seen at the Caldwell Theatre. This may be a bit different; publicity describes it as “How can an Elvis impersonator become a winning drag queen in the Florida Panhandle? With an empty bank account and pregnant wife, Casey’s going to have to answer that question fast in this music-filled comedy about finding your true voice.”

Blues In The Night: A Musical (Arts Garage Jan. 21-Feb. 19) The Delray Beach venue has three other promising plays including Breadcrumbs by Jennifer Haley, author of The Nether and starring Angie Radosh and Jacqueline Laggy. But seeing what Arts Garage did last season with Avery Sommers in the electrifying The Devil’s Music, this revue of songs by of Duke Ellington, Harold Arlen, Johnny Mercer and Vernon Duke is a likely winner with the talents of Reggie Whitehead, Sandi Stock, the wonderful Laura Hodos and Ms. Sommers.

The Curious Incident of the Dog in the Nighttime (Kravis on Broadway Nov. 15-20) This stunning play that wowed Broadway tells of a 15-year-old autistic boy trying to cope with bewildering events from the murder of a dog to the departure of his mother – told from his point of view.

Finding Mona Lisa (Actors Playhouse July 12 – Aug. 13) A new work by local playwright/actor/designer Michael McKeever explores the history of the world’s most famous painting, including da Vinci’s meeting his model. With humor and insight, it tracks the painting’s subsequent history including vandalism, theft, a journey to America at the request of First Lady Jacqueline Kennedy and hanging in Napoleon’s bedroom before settling down at the Louvre. The play received an intriguing staged reading last season as part of Jan McArt’s development series.

Guys and Dolls (The Wick Theatre March 9 – April 9) Along with Gypsy, Frank Loesser/Abe Burrows’s riff on the Damon Runyon stories may be one of the finest, most entertaining American musicals ever written. And, of course, the Wick’s Costume Museum is the home for William Ivey Long’s fabled wardrobe from the 1992 Jerry Zaks-Nathan Lane revival

Gypsy (Maltz Jupiter Theatre March 21-April 9) While the Maltz is bravely doing the truly fine play Disgraced, we’ve seen it now twice already, and the cheery but little known Me and My Girl will be a crowd pleaser. But Gypsy is one of the best musicals of all time and it’s going to be directed by the terrific Marcia Milgrom Dodge whose reinvented Hello, Dolly! a few seasons ago.

Nine (Broward Stage Door April 28-June 11) Stage Door has been taking on increasingly challenging titles along with its penchant for jukebox revues. Here’s another Maury Yeston classic that is rarely attempted, drawn from Fellini’s 8 ½ about an Italian movie director and the many, many, many women in his life. Any good singing non-Equity actress not working next spring can likely land a job here.

Something Rotten (Broadway Across Fort Lauderdale  March 21 – April 2) While this is guaranteed catnip for musical theater lovers, this madcap tale about two brothers who invent musical comedy while struggling to outdo William Shakespeare is a certifiable hoot.

Son (Island City Stage April 6-May 7) The world premiere of J.L. Beller’s play postulates “On the morning of the day Jean and Day, a lesbian couple of 12 years, are to be married, their only child, 15-year old Perry, is arrested and charged with date rape. Son explores the devastating impact of the accusation on the couple’s family.”

Sunday in the Park With George (Zoetic Stage Jan. 19 – Feb. 12) Zoetic’s entire season is promising including a new Michael McKeever play, After; the rarely done Harold Pinter masterpiece The Caretaker, and ¡Fuácata! or A Latina’s Guide to Surviving the Universe, by Elena María García and Stuart Meltzer. But most folks know this critic is a Stephen Sondheim freak and we cannot wait to see this edition of Sunday whose two acts each contain the finest final 15 minutes in American musical theater. Zoetic’s track record with Sondheim including Assassins and Passion  is exemplary.

The Three Sisters of Weehawken (Theatre Lab at FAU Oct. 20-Nov. 16) Everything slated at this new venue including readings and master classes with playwrights sounds worth attending. So we’ll go with Deborah Zoe Laufer’s wry riff on Chekhov via Beckett.

Titanic (Slowburn Theatre Company Jan. 19 – Feb. 5) The Hunchback of Notre Dame has a fine score much darker than the animated film and Big River is a sentimental favorite. But the buzz should be for this newly-stripped down people-focused vision of the glorious Maury Yeston musical. My heart will go on (wrong version)