A Theatrical State Of The Union For South Florida Fall 2016 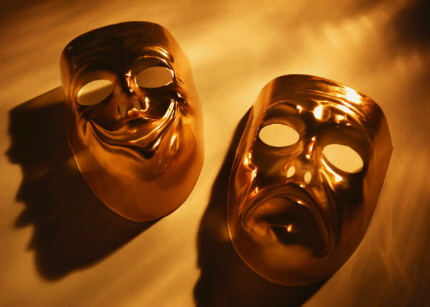 Quietly, oh so quietly, the 2016-2017 theater season in South Florida is shaping up to be as notable for tidal growth, contraction, ebb and flow as it is for the actual productions scheduled.

Normally, we offer a look at the coming theater season in South Florida by listing this show and that, and, indeed, a list of productions we’re looking forward to for a variety of reasons accompanies this article.

But more significant is a wide swath of modest and major changes in the actual infrastructure of what patrons will have offered to them over the coming seasons and many seasons to come. Some of them have been announced in news releases you may or may not have seen. Some have just been relayed in gossip. Some have not been announced at all. 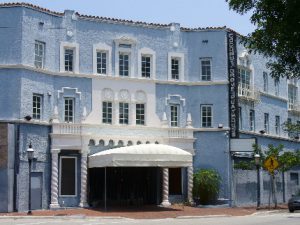 The elephant in the room is the $20 million resurrection of the Coconut Grove Playhouse, which shut down 10 years ago last May. Miami-Dade County officials spearheading the project to build a new theater on the site with bond money have been working for months with architect Arquitectonica International Corp., theatrical consultants, plus proposed tenants GableStage and Florida International University’s theater department. In recent months, the group has met through weekly Wednesday phone conferences to develop a proposed design for public comment. Those plans were expected to be announced after the election primaries last August. But the unveiling has been delayed until after Nov. 8 because the project’s major champion on the county commission is Mayor Carlos Gimenez who still must defeat a challenger in the general election.

But some new players emerged on the theatrical scene in the past few months and expect to be more prominent this season.

— Main Street Players after 42 years as a community theater, is becoming a professional non-Equity house this season with the intent of paying actors and designers. The last community production is the current Clybourne Park. The first professional production at the storefront in a Miami Lakes shopping center will open in February, Real Women Have Curves, directed by Ricky J. Martinez, the former artistic director of the late New Theatre. Other titles include Bad Jews, The Underpants and the South Florida premiere of Marjorie Prime.

—After more than two years of producing staged readings, the Lost Girls Theatre opened its first full-length play Juliet among The Changelings in August, written by co-founder Andie Arthur and directed by co-founder Katherine Siegel, and performing at the home of Main Street Players. More plays are expected this season.

—New City Players is a company that operated way under the radar since 2014. But it made a splash in July with an intriguing The Glass Menagerie at the Vanguard Sanctuary for the Arts in Fort Lauderdale. The shoestring company is headed by friends and former classmates including Artistic Director Tim Davis and Managing Director Dave Smith.

—Stringlight Theatre Co. is a brand-new troupe headed by Giancarlo Rodaz. He learned the business at the knees of parents John and Maria Rodaz who operate Area Stage Company. His first production last month was a reinvented version of the 1932 Alice in Wonderland by Eva Le Gallienne and Florida Friebus. A clue to his inventive vision is that when he lost his lead actress, he replaced her with a puppet. The production performed at the Shops at Sunset Place but it styles itself a pop-up theater moving to a new venue in Miami-Dade with each show. Next up in December at a location to be announced is a story of teenage girls on a life-changing road trip called Ride. 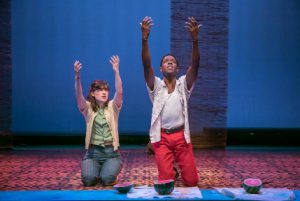 —Miami New Drama, which moved from New York to its co-founder’s home county last season, impressed patrons last winter with its revival of its The Golem of Havana. Now co-founders Michel Hausmann and the internationally-known playwright-director Moises Kaufman are settling in this month at the Colony Theatre on Lincoln Road in Miami Beach, not just to perform a full season of its own works, but to actually manage the facility for rentals. Beginning Oct. 26, Daniel Beaty will star in the one-man show he wrote about Paul Robeson, The Tallest Tree in the Forest.

—Last season, Louis Tyrrell opened Theatre Lab, a professional resident company at Florida Atlantic University in Boca Raton, with well-received staged readings of works in progress by renowned playwrights he met while running Florida Stage and Arts Garage such as Israel Horovitz. This season, the company will mount its first fully staged productions in a further renovated performing space. First up, Oct. 21 is the world premiere of The Three Sisters of Weehawken by one of Tyrrell’s favorite writers, Deborah Zoe Laufer.

—Slowburn Theatre Company no longer rates as the new kid on the block, but this season marks yet another expansion. Besides performing its four core musicals and summer show at the Amaturo stage at the Broward Center, it will produce the smaller scale Avenue Q and Xanadu (two shows it has done before in Boca Raton) in the Abdo River Room of the Broward Center, then tour them both to the Aventura Arts & Culture Center, plus short runs at The Crest Theatre in Delray Beach and, for the first time, one-night stands in Jacksonville. It may mark the first time any Florida theater has performed a single work in four counties in the same season.

—Punchline Theatre Company, a scrappy fledgling company that favored works about Millennials, has lost its venue because of a management change at the Coral Springs Center for the Arts. But founders Gabriel and Meera Hammad and Mark Della Ventura plan to find another spot for the winter or spring of next year and then seek a more lasting home for the following season.

Easiest to spot are the venue changes over the past few months and those to come.

—Infinite Abyss opened its new home in a strip of shops at 2304 N. Dixie Highway just southeast of Five Points in Wilton Manors late in 2014. It was, to be polite, an unimpressive ragged DIY space. But last winter, the LGBT-centric troupe Island City Stage ponied up renovation money, helped with significant upgrades and then moved in alongside the Abyss. Now, the space is renting out to other theaters as well, such as Pigs Do Fly Productions.

—The M Ensemble has been nomadic lately, performing just in the last season at Carrie P. Meek Center at Hadley Park, North Miami Senior High School and South Miami-Dade Cultural Arts Center. But the oldest continually operating African-American theater in the state has finally found a home: the Sandrell Rivers Theater at the newly-opened Audrey M. Edmonson Transit Village, 6102 NW 7th Avenue in Miami’s Liberty City. The same facility will also be the home base for the Fantasy Theatre Factory, a touring children’s company. 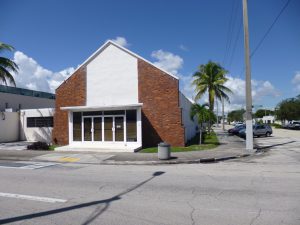 —Last year, Thinking Cap Theatre inaugurated the Vanguard Sanctuary for the Arts, a vastly renovated church south of downtown Fort Lauderdale at 1501 S. Andrews Ave. As the neighborhood continued to revive itself as a business-restaurant locus, the Vanguard made good on its promise to begin producing its own shows and renting space to productions not directly mounted by Thinking Cap, such as Vanguard’s own tour-de-force comedy Parallel Lives and New City Players’ The Glass Menagerie.

—Outré Theatre Company, the troupe that favors edgy challenging work such as Thrill Me and Bloody, Bloody Andrew Jackson. It was once housed in Mizner Park and last season quartered in the Abdo River Room of the Broward Center, is back in Boca again in co-productions with Showtime Performing Arts Theatre, a tiny space at 503 SE Mizner Blvd., whose “day job” is a children’s theater training program.

—Empire Stage, a space the size of your living room by the railroad tracks at 1140 N. Flagler Drive, has made a virtue of its intimacy for local and visiting troupes including Infinite Abyss, Pigs Do Fly, New City Players, City Theatre’s Shorts Gone Wild  and the site of Island City Stage’s two triumphs: Daniel’s Husband and The Timekeepers. But emails from owner David Gordon state the city of Fort Lauderdale required significant upgrades this summer. Gordon wrote that the work has been completed including new seating platforms, a new electrical panel, two ADA-compliant bathrooms, wider hallways, water fountains and other items at a total cost of $50,000. The theater is working to raise $12,000 of that money through a Go Fund Me campaign at https://www.gofundme.com/29ftaws.

Some changes are not related to bricks and mortar: Arts Garage in Delray Beach, the multi-disciplinary venue, saw its tumultuous fiscal problems crest last season. It culminated in the resignation of its founding administrator Alyona Ushe who then took a similar post at new arts venues in Pompano Beach.  Her replacement in a major reorganization was Keith Garsson as director of operations; he hired well-known local arts veterans as employees. Garsson was and still does direct theatrical production for the center, which also hosts art exhibitions and concerts.

And there have been the losses: The venerable New Theatre shut down in June after 30 years as a major force in the region, and The Naked Stage’s planned rebirth in West Palm Beach was scrapped when founders Antonio and Katherine Amadeo announced plans to leave the state next summer.

Finally, some companies have been expanding their extracurricular offerings.

—This season, the educational arm of Palm Beach Dramaworks has overhauled and expanded its programs investigating each play on the schedule. The newly-rechristened Dramawise is a paid series for adults who want delve deeply into a play’s ideas and to examine the characters, themes, social relevance, and viewpoints expressed by the playwright. On Thursdays, patrons can spend a morning discussing the next work on the theater’s schedule and then spend the afternoon talking with the director and cast members.

—Similarly, Actors Playhouse’s Artistic Director Dave Arisco will host actors other staff in a discussion in the days before a mainstage production during a three-course luncheon at a local steakhouse.