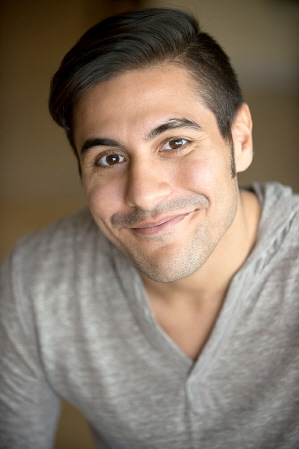 Fundraising efforts have begun, including a benefit performance of song and dance, for Ben Solmor, a force in South Florida theater for several years as an actor, producer, costumer, teacher and most visibly as a dancer and choreographer.

Solmor was born with a rare bone disease, multiple enchondromatosis, and has undergone numerous surgeries in his life. Some prognoses predicted he would not walk again, but he not only walked but learned to dance. He wrote online, “I gained a passion for expressing myself through the movement of my body… something the doctors told me would never happen.”

The disease was in remission for 10 years, but a biopsy in October revealed malignant cells in a tumor assessed as Stage Two Bone Cancer. He is already in recovery from one surgery but several others are needed. One has been slated for January 3, but like many theater professionals he has no health insurance.

So he and his friends have started an online GoFundMe campaign (https://www.gofundme.com/bensmedicalfunds) and plan for a benefit performance by area artists at 7 p.m. Sunday, December 17, at West Boca Community High School.  Tickets are available at https://www.showclix.com/event/bensolmor

Solmor and his creative partner Andrew Shultz founded Marquee Theater in 2012 and began producing musicals in 2014 such as Rent, Aida, Jekyll & Hyde and Songs For A New World in the West Boca Community High School’s auditorium and the dance studio that the two men operate in Parkland.

Another public hearing has been scheduled for Thursday over the future of the Coconut Grove Playhouse as groups with competing visions continue to clash.

Earlier this fall, an architectural firm hired by the Miami-Dade County Commission unveiled polished plans for a regional theater/educational complex on the venerable site which has been shuttered since 2006. It would feature a 300-seat theater that would be operated by GableStage and used by Florida International University for classes including the first Master of Fine Arts program in theater in the county.

But another group headed by businessman and arts activist Lewis “Mike” Eidson continues to push for a 700-seat complex. Preservationists object to the plans’ linchpin idea of tearing down the interior of the existing 1926 building but keeping the famed façade and an interior courtyard.

Artistic Director Robert D. Nation produced ambitious works like Angels in America, Equus and The Elephant Man and rented the space out to smaller companies like Keith Garsson’s Primal Forces, which produced the memorable Sunset Baby and one of the last shows to play there this fall The Good Girl.

Nation is a transplanted New Yorker with more than 35 years as teacher and involvement on more than 150 productions as an actor and director.

Contacted by email, Nation wrote, “I’m officially retiring. It’s been a great run!…. Good to know our little black box will be missed.”