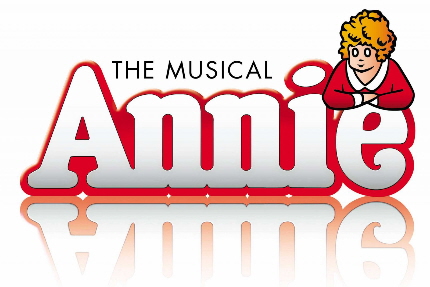 For its next professional production, South Miami’s Area Stage Company (ASC) promises the musical Annie “like you’ve never seen before.”

Still, ASC Associate Artistic Director Giancarlo Rodaz, who is mounting the production June 11 to July 4, said the award-winning, nonprofit professional company will present the classic unchanged from its original script.

“We’re just approaching it differently than the original Broadway production,” Rodaz said. “I want to see something new whenever I direct something. Theater ages like milk.”

Besides, Rodaz said he thinks audiences, whether they’re long-time fans of Annie or cynics, children or adults, will like his approach.

“I think they’re going to find a freshness to it that really makes the messages of the show shine more today,” Rodaz said.

He referred to the titular character as a “beacon of old-fashioned American optimism. In order for her to shine brighter, you have to make the world around her darker.”

But even before the lights go out and the curtain rises, audience members familiar with Annie will notice ASC’s production isn’t the one their grandparents saw.

Specifically, audiences will enter the theater through a speakeasy-looking door, similar to Annie’s 1933 New York setting. Once inside, people will find themselves in The Soap Box – an abandoned, industrial Brooklyn warehouse turned speakeasy, complete with cabaret table seating, a bar, and a live jazz quartet. Further, this production will feature minimal set pieces and props, with more attention on the actors. Also, audiences will be more immersed in the production; they may not sense as much the presence of an imaginary “fourth wall” separating the audience’s world from the world depicted on stage. Actually, “since it’s an immersive, in-the-round experience, there’s no stage in the room,” Rodaz said. 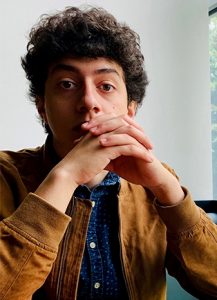 A total of eight actors – all adults – will play all the roles. That is in contrast to the original 25-person Broadway cast.
“Actors will double and sometimes triple and quadruple up on roles, fleshing out the full cast of characters and bringing a new dimension and emotional weight to the piece,” according to ASC’s website.

Rodaz, a visionary theater artist in his 20’s, said he loves child actors. “I work with them all the time,” through ASC’s conservatory. However, he said he wanted to see what kind of production an all-adult cast could create. And so, a grown woman will play Annie. Meanwhile, other adults will play her orphan friends. The actor playing the lead role is Staci Stout, and Rodaz said “she looks like a kid. She’s this tiny little red-headed.”

Furthermore, Stout “can belt like crazy” and sings “one of the best renditions of ‘Tomorrow’” that he’s heard.

While Stout will play only the title character, the other seven actors will play four to eight characters. And Rodaz said that every character in the original script will be present. That includes orphanage operator Miss Hannigan, whom a male actor will portray.

“There’s something inherently gritty about drag that brings out the qualities of Miss Hannigan,” Rodaz said.

He said a “huge inspiration” for this production’s tone was the original comic strip, Little Orphan Annie. After all, the musical’s creators based the stage show on the comic strip, which debuted on Aug. 5, 1924 and ended on June 13, 2010. Also, Rodaz said cartoons are similar to musicals in that “they use broad strokes. Things are big, over-the-top.”

Stout, who understudied the role of Annie as a youngster and got to play her twice, said she’s looking forward to the production’s opening.

“The whole tone of it is just new, it’s fresh,” Stout said. “This is the (most real) the story has ever been. I think (this production is) genius.” And audiences “will love it.”

Stout said although she played Annie as a youngster, she now better understands the character.

“I think I see the layers that she has to her,” Stout said. “I’m able to understand what those layers mean as well.”

Rodaz said it makes sense to stage Annie especially now, with the world emerging from a pandemic.

“There’s nothing this country’s been through that we haven’t come out the other side of,” Rodaz said. 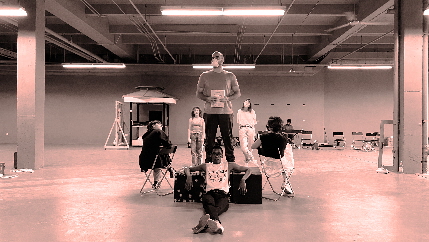 One Response to 8 Actors, No Kids: Area Stage To Bow ‘Annie’ Like None Other