Talkin’ in the Green Room With: Eric Alsford 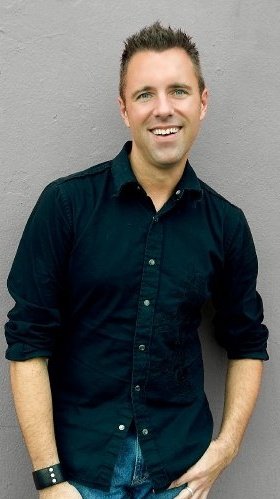 In this edition, we talk with one of the best-known music directors in South Florida, usually shuttling from one job to another here, in New York and at regional theaters across the country. Among his current assignments is preparation for a massive undertaking that he has sought for months: Actors Playhouse’s production of the musical Next To Normal slated for Jan. 18-Feb. 12. In this Q&A, Alsford reveals why the holiday season has at least one not-so-jolly association.

How long have you lived/worked in South Florida?
12 years

What role/play you are dying to do but no one would think of you for?
Not an actor, hee hee

What show do you wish somebody in South Florida would produce?
Too many to name, but one would be Ragtime!!!!!

What show would you be happy never to see again unless it gets you a job?
Fiddler, and not even if it got me a job

What do you say when someone you like is in a terrible show or does a poor job?
This is a turning point in your career!!!

How do you cope when there are more people on stage than in the audience?
Summon the energy for whoever is out there and give them the same show we would give to a full house

What’s the hardest/easiest part of what you do?
Casting can be HARD!!!  Working with insanely talented, dedicated people is the joy and easy part!!!

Do you have any pre-show rituals?
Yes, but they’re private.

What do you do after a show?
EAT and DRINK

What was the first show you were involved in and what did you do?
I was a cat (El Gato) in my first-grade play

When did you know this was what you wanted to do and why?
Somewhere between the ages of 5 and 9, I was mesmerized by watching musical theater.

What was your best experience working in theater?
I have a few.

What was your worst?
Grease, Cinderella and a few shows at Stage Door Theatre come to mind as quite painful experiences

What one role/show would you like to do over or just do again?
Falsettos

What was the worst onstage mishap you dealt with?
Lost power on my keyboard in the middle of a show. The show literally stopped for 3 to 5 minutes with an actor frozen onstage waiting to start his number. The audience must have been baffled by the unusually long-silent, frozen-tableaued  actor center stage.

What’s the weirdest/worst non-theater job you ever had?
Dressed as an elf and danced around the mall during the holiday season.

Do you have unexpected special talents and skills?
Wouldn’t you all like to know?

What would you do if you couldn’t be in theater?
If I couldn’t work in music or theater, that would be the end for me.

What’s your most unforgettable theater experience?
Did a production of Ain’t Misbehavin’ with three white actors and two black actors!!!!!   That one was special.

Whose music can you not live without?
All music is like air to me. Need it.

Why doesn’t South Florida theater have a higher profile nationally?
I would like to write a 10-page thesis/dissertation on this subject!!!!!

Finally, add a question you wish I had asked.
Who are some or who is your favorite South Florida actors/actresses you have worked with and why???

This entry was posted in Features and tagged Eric Alsford. Bookmark the permalink.

One Response to Talkin’ in the Green Room With: Eric Alsford