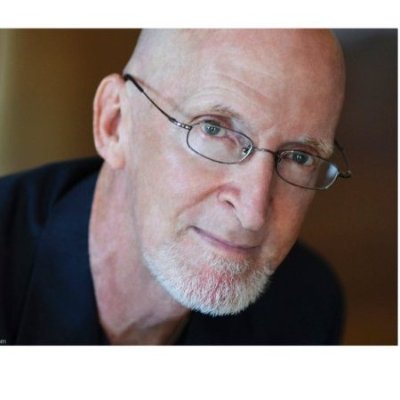 Theatre Lab, a professional venture specializing in new, developing and thought-provoking work, has opened as the resident company based at Florida Atlantic University under the leadership of Louis Tyrrell, the founder of Florida Stage.

A range of projects will provide residents another source of professional theater offerings in Boca Raton which has lost five companies in the past two years. It also gives FAU students the chance to work alongside theater artists in real world conditions.

The undertaking will operate as a non-profit organization under the auspices of the FAU Foundation and will start with a budget under $500,000 the first year.

The first season beginning next month will consist of staged reading-style events in a 150-seat venue temporarily created on the ground floor of the two-year-old Parliament Hall dormitory.

The events will include performances by local A-list Equity actors and in-person participation from famed playwrights who Tyrrell has bonded with over the years including Israel Horovitz, Marsha Norman and John Guare.

But during the year, the university plans to build a black box theater somewhere on campus, possibly Parliament Hall, and mount full productions during its second season, Tyrrell said.

“We have been working for some time on the idea that a college campus is a perfect place to create an artistic home for thought-provoking work and the development of new work,” said Tyrrell.

The mission closely mirrors that of Florida Stage, the nationally-acclaimed theater that he served as artistic director in Manalapan and West Palm Beach from 1987 to 2011.

Tyrrell, who will have the titles Artistic Director and Dorothy F. Schmidt Eminent Scholar in the Arts, also founded the Theatre at Arts Garage in Delray Beach in 2012 and left the company at the end of March.

In both theaters, Tyrrell and his creative teams frequently produced world premieres or plays that had only had a few previous productions, but the content was laser-focused on intellectually and emotionally stimulating dramas, comedies and musicals. Both companies were acclaimed by patrons, critics and with numerous Carbonell Awards.

Desmond Gallant, chair of FAU’s Department of Theatre and Dance, will also serves as Theatre Lab’s producing director. Gallant began working with Tyrrell as an intern and later literary manager at Florida Stage.

He said, “A cultural laboratory for learning, growing and expanding the horizons of knowledge, a theater that creates an artistic home on the university campus is a catalyst for exploring themes, ideas and issues relevant to every department at every college within the university sphere.”

While the productions are all categorized as professional efforts, students will be given opportunities to be involved such as serving as an assistant director or acting in roles appropriate to their age and experience.

—-Making Musicals is a musical theater concert/play reading series that will produce recently-penned works, similar to the program Tyrrell had at Arts Garage which mounted Carbonell-nominated entries like The Longing And The Short Of It and The Trouble With Doug. The series will take place on four Saturdays at 7:30 p.m. and Sundays at 2 p.m., from Oct. 17 through Nov. 8 beginning with the Drama Desk Award-winning song cycle Fugitive Songs by Chris Miller and Nathan Tysen. Admission is $20 ($10 with student ID) and a package of four shows is $64.

—-Play Slam is a festival of readings of recently-produced plays with discussions including the playwright, director and cast. This series of four plays will be held Wednesdays at 7:30 p.m., from Oct. 21 through Nov. 11 with the first reading being Bakersfield Mist by Stephen Sachs with actors Laura Turnbull and John Felix. Admission is $10 ($5 with student ID). Another four plays will be produced in the spring. Other titles include The Downpour by Caitlin Parrish about a family with an abusive past now faced with an imminent birth, and Soldier’s Heart by Tammy Ryan, about a soldier sexually assaulted while serving in Afghanistan.

—-The Playwrights’ Forum is a series of staged readings combined with lectures, workshops and master class programs with some of America’s most celebrated playwrights, including Marsha Norman, Steven Dietz, John Guare, Deborah Zoe Laufer and Lauren Gunderson. This series begins Wednesday, Nov. 18 at 7:30 p.m. with three politically-themed short plays by Israel Horovitz. Admission is $35 ($10 with student ID). The forum is meant to lay the groundwork for a potential playwriting course of study at FAU

—-A new play festival is slated for the week of December 8 which features staged readings of works-in-progress that have not had a full staging yet by Marsha Norman, a work on human trafficking; Carter Lewis; Jennifer Lane; Steven Dietz; Allison Gregory, and South Florida’s own Christopher Demos-Brown who is developing a work for full production at Barrington Stage Company in Massachusetts. All of the playwrights are expected to attend and participate in activities.

—The Young Artists and Writers Project, an educational outreach program, is nicknamed YAWP. The acronym is drawn from I and You, one of the last plays staged at Arts Garage. In it, playwright Lauren Gunderson depicted two high school students being vitalized by a line from Walt Whitman’s Song of Myself, “I sound my barbaric yawp over the roofs of the world.” The project funded by the Heckscher Foundation for Children is led by local actor and playwright Matt Stabile serving as Theatre Lab’s associate artistic director. The goal is stated as seeking to “develop the critical thinking and communication skills of young people, using theatre as a catalyst to discover a child’s personal voice through creative writing and performance.” Students will work in conjunction with the Theatre Lab’s main stage production series to choose themes relevant to their lives such as cultural identity, conflict and first impressions. Theatre Lab will then partner with local schools grades 3-12 to provide up to 1,200 students per year with writing workshops and live-theater at no cost to the students.

Currently, Theatre Lab is ticketing via email and phone at theatrelab@fau.edu and 561-297-4784. There will be ticketing online at www.fauevents.com later.

This entry was posted in News and tagged Florida Atlantic University, Louis Tyrrell. Bookmark the permalink.