Posted on November 3, 2010 by Bill Hirschman 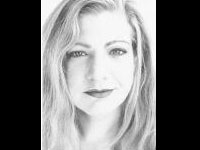 Margaret M. Ledford, resident director at The Promethean Theatre in Davie, has been elected president of the Theatre League of South Florida, the group announced this week.

She replaces Meredith Lasher who has led the 18-year-old professional association since October 2006, but Lasher believes it’s time for a new leader.

The league was created in 1992 and has evolved into one of the leading advocacy groups for theater in the region. Its mission statement, recast in 2006, states, ‘The Theatre League of South Florida is an alliance of theatrical organizations and professionals dedicated to nurturing, promoting, and advocating for the growth and prestige of the South Florida theatre industry.’

Ledford said Thursday that her priorities include ‘the age old funding issue, not only for TLSF itself, but for the theater and arts community in the South Florida area.’

She also plans to focus on ‘building a true sense of community among the theater artisans of South Florida’ and ‘attempt to establish a network to pool not only the talent but resources in this economy.’ She also wants ‘the theater community to show a stronger presence in the greater South Florida community as a whole.’

Ledford, like Lasher, has a reputation in the industry as a knowledgeable, personable and cool-headed leader. Both also have worked extensively throughout the region and have forged strong relations among the often fractious theater community.

Ledford, a native of Tennessee, worked for several years at the Coconut Grove Playhouse in several capacities, directing almost all the plays produced at Promethean as well as works at Naked Stage and Summer Shorts.

Lasher is co-founder of The Women’s Theatre Project in Fort Lauderdale and works around the hemisphere as a producer for Sixth Star Entertainment.

Her tenure at the League was considered a major success by many in the theater community.

‘I think her biggest accomplishment in the time I’ve worked with her was when she coordinated the effort to save the Carbonells’ when the awards’ board planned to shut it down for a year, said Andie Arthur, the League’s executive director. ”It takes a lot of diplomacy and time to coordinate that sort conversation, and she did it very well.’

‘I’d say her presidency elevated the prestige of the organization,’ Arthur added, praising her receptivity to new programs. ‘She’s had a lot of great ideas about changing the image of the League.’