Posted on September 7, 2020 by Bill Hirschman 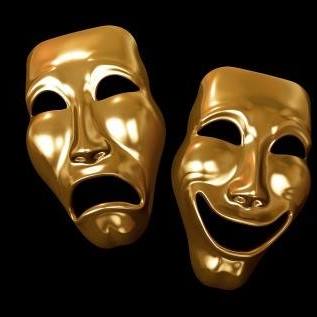 New City Players is hosting a series of short plays written by local playwrights especially for Zoom and featuring local artists. The works are co-sponsored by Broward County Cultural Division.

Click Clack, a new short theater piece written and directed for Zoom by Joshua Jean-Baptiste, is the story of Rose, an overprotective Haitian mother, and her daughter Mona who has recently graduated law school. The two tackle the many cultural expectations between a generational divide. The bilingual work stars Shein Mompremier and Karina Bonnefil with translations by Edson Jean. To see, go to https://tinyurl.com/y4zpd8wc

40, written by Vanessa Garcia (Amparo), starring Elena Maria Garcia and Vivian Ruiz with direction by Krystal Millie Valdes, is described as “A strange car is parked outside Mercuria’s house. She and her cousin, Reyna, are forced to face the repercussions of the dangerous truths Mercuria is about to share with the world. Will this endanger her life? Or merely her sanity?” To see, click on https://tinyurl.com/y5bt5yk9

Judge Mabelean Said by Darius V. Daughtry examines a married couple, one working on the front lines, as they navigate dealing with the global pandemic while facing everyday realities and concerns. With the help of advice from a beloved television judge, Melissa and Jackson try to find common ground in these most uncommon of times. It stars Carbonell winner Rita Cole and Brian Edgecomb with direction by Rachel Finley. To see, click on https://tinyurl.com/yxt46c3q

Usually, Actors Playhouse in Coral Gables holds its swanky black tie and gown fundraiser in person, but the Coronavirus has moved its 29th Annual Reach for the Stars Gala to a free online livestream Auction at 7 p.m. September 12.

The free gala  — including a 200-item auction — will feature celebrity appearances and performances by Gloria Estefan, Rachel Bay Jones, Danny Pino, Janet Dacal, Don Seward, FOX’s So You Think You Can Dance Finalist Gino Cosculluela and the theater’s 2012 cast of Next to Normal.

The event will be available at www.youtube.com/ActorsPlayhouseCG.

Bidding is now open for the online auction and continues through 9 p.m. September 13 at www.actorsplayhouse.org.

The continuing damage that the COVID-19 pandemic has inflicted on the area’s cultural world – and the region’s economic health — continues to mount, according to ongoing figures gathered by Miami-Dade County officials.

Data submitted monthly by artists, companies and gig workers since mid-March through the end of July now estimate the impact of the business interruption at $99.5 million with a total of 15,965 arts and cultural jobs affected.

The figures show at a total financial impact just for the period ending in July at $16.3 million including $10 million lost from closed cultural facilities, $5.8 million in canceled events/program, and $500,000 from expenses fighting the virus on the premises.

The Board of Directors for Main Street Playhouse announced that it has canceled productions of plays at the Miami Lakes venue through the end of the calendar year 2020 due to the Coronavirus. A news release states “We look forward to welcoming our beloved audiences back to the playhouse when things are safer. Until then, we will continue to provide further updates as they become available.”