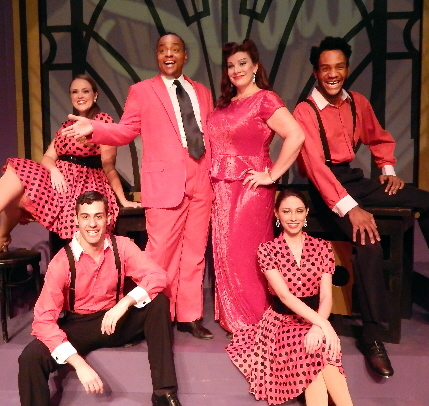 Editor’s Note: This review is a version of the one written for the same production last October, and which has the same creative team this round. There have been three cast replacements in the Carbonell-nominated show which are reflected in the story and whom we have not seen.

An equal partner is the band, headed by recent Nova Southeastern University grad Friedman on piano (who gets to perform “Rhapsody in Blue” and “I Love A Piano” as solos). Bagby has done an enviable job blending the voices like a master chef.