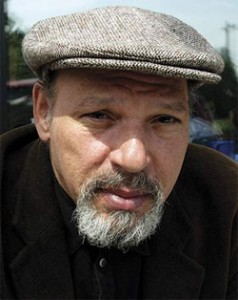 August Wilson: Pittsburgh Places in His Life and Plays by Laurence A. Glasco and Christopher Rawson

I’ve been to the Hill District in Pittsburgh many times … but I’ve never visited Pittsburgh.

I’ve been to Aunt Ester’s House at 1839 Wylie Avenue and I’ve witnessed Harmond Wilks’ planning to tear it down. I’ve heard the phone ring on the wall of the jitney station three blocks to the east.

The Charles family home where I took a piano lesson is as real to me as a neighbor’s  home.  The restaurant where customers learned of the riots following Dr. King’s assassination feels real, too.

All of these places that have seared themselves into my consciousness are nearly as familiar territory as are the office where I write and the living room where I read. They are all in the Hill District, the locale of nine of August Wilson’s 10 plays that profile the African-American experience in the 20th century decade by decade, his “Pittsburgh Cycle.”

Now there is a guide book on the lay of the land. Whether that tourist is actually going to western Pennsylvania via car, train or plane or traveling on the words of the district’s most famous son, the slender volume can make a valuable contribution to the journey.

The guide is arranged as if it would be used by travelers who want to take a tour either on foot or by car. All of the spots in the Hill District are within a third of a mile of a short stretch of Bedford Avenue, but the authors have also included a section on other Pittsburgh locales of importance in the story of Wilson’s life.

Each locale is presented on a map and in a narrative section that explains the role of the site in either Wilson’s life or his plays. Often it is both as Wilson followed that time-honored advice to writers: write about what you know. Some of the locales in his plays are imaginary but his imagination drew from his experiences.

Aunt Ester’s house, the famous 1839 Wylie Avenue, is one of those imagined places. There isn’t an 1839 but there is a green space next to 1845 Wylie that  comports with what is revealed in many of the plays. The guide explains that this is “an eloquent empty space in which to recover Wilson’s poetic myth-making. This is the site of Gem of the Ocean where the August Wilson century begins. It is where Holloway, Memphis, Sterling and West visit Aunt Ester … in Two Trains Running. It is where she dies in King Hedley II … and it is at the center of the conflict in Radio Golf.

The analysis that went into this unique blend of dramaturgy and geography is by two members of the faculty of the University of Pittsburgh. Laurence A. Glasco who is an associate professor of history, also contributed an essay on “The Hill and the African American Experience.” Christopher Rawson, who is also a long-time theater critic for the Pittsburgh Post-Gazette, provided a well written biographical essay “August Wilson: The Ground on Which He Stood.”

The book also provides a brief summary of each of the plays.

Over 100 photos and maps will be of some help to those who take the tour in physical reality but will be indispensable for theatrical rather than geographical visits to the Hill District.

The book was prepared as a project for the Pittsburgh History and Landmarks Foundation and can be purchased online from its bookshop at http://www.phlf.org/landmarks-store. The paperback retails for $8.95 plus $4.95 shipping and handling.

(Editor’s note: Rawson has served with Hathaway and Hirschman on the executive Committee of the American Theatre Critics Association)