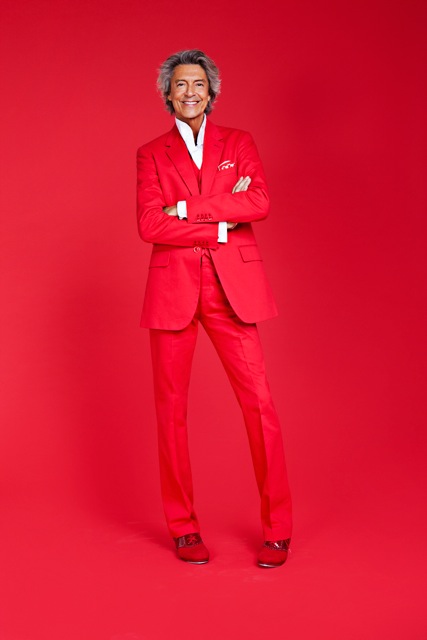 Tommy Tune is a self-described Luddite. On several levels.

He has no cell phone or computer – although his assistant at Tommy Tune Inc. has both.

He isn’t a huge fan of the current crop of musicals compared to those he grew up with. As welcome as the recent revivals are like Hello, Dolly! he wishes that someone would write new ones “like Betty and Adolph and Cy” used to (as in Betty Comden, Adolph Green and Cy Coleman).

He appreciates how performers equipped with microphones have benefitted Broadway, but he also pines for something has been lost with the obsession with amplification.

But don’t mistake the literally towering 78-year-old iconic dancer-singer-actor-choreographer-director with 10 Tony Awards for someone stuck in the past.

Tune will headline a one-night-only benefit concert Nov. 18 for the Maltz Jupiter Theatre and its education programs. The theater hired a ten-piece orchestra and re-orchestrated the more modest score that Tune has been using in a recently reconstituted tour. He will also provide a master class for students earlier in the day.

Tune (once listed as being 6 foot 6 ½ inches, now listed as an inch shorter) has created a musical bio-revue that reviews his half-century-plus in show business encompassing dancing in Seesaw on Broadway, directing and choreographing the groundbreaking Nine and Grand Hotel, traipsing through the film of Hello, Dolly!, even acting in Netflix’s Arrested Development.

Interviewed by phone in New York, his voice somehow glowed from the receiver even though he was still deep in rehearsals. The increased scope of the Maltz project poses a renewed challenge.

“I’m always in rehearsal, reshaping it for an orchestra. All day yesterday. Other than (appearing) with Chita (Rivera) I’ve never done this with an orchestra. That’s what I do — (pursue) perfection, never attaining it, but always trying.”

He continues with the slightest remnants of his Wichita Falls, Texas, twang. “It’s about my life. It’s all well thought out. It all connects up. But it’s not a lot of songs from my (past) shows.” Expect Gershwin and Berlin, among others.

Tune was impressed when he was asked to appear at the Maltz and the management offered to bring in the orchestra to supplement his usual quartet and pay for the orchestration. “That’s a really big deal to do for one night,” he said.

Florida is far from a foreign venue to him. He remembers visiting the Maltz when it was the Burt Reynolds Dinner Theater. More recently, needing to perfect this unusual-for-him non-scripted non-narrative non-proscenium act, he polished it first at The Colony Hotel’s Royal Room in Palm Beach, which he dubbed “the best room in the country.”

He adds with a vaudevillian flourish, “I can’t play a lot of rooms because of my height. The Colony has real good headroom.”

Then he took it on the local condo circuit and later to the Broward Center.
Six years ago, he drafted University of Miami students into a way-out-of-town workshop of a musical Fifty Four Forever charting the rise and fall of Studio 54 impresario Steve Rubell.

Tune speaks with the benefit of an expertise built on decades of experience. He first appeared on Broadway in 1965 in the almost forgotten Sherlock Holmes musical Baker Street; a photo of the production shows him as one of three assassins strangling a victim alongside a similarly unknown Christopher Walken.

He can reminisces with ease. “When I got to New York, there were no microphones – and almost no air conditioned theaters. I came from Houston. Everything was air conditioned there. The only theater (using microphones) was My Fair Lady because they wanted to pick up Rex Harrison’s (sing-speaking lyrics) and it didn’t travel enough. So they put microphones on floor. But every time Julie Andrews walked across the floor, you could hear ‘clump, clump, clump.’ ”

“Because of microphones and other things, we have lost a lot of nuance about what theater is really is. As a performer we were in control. You just had to plant your feet” and sing. “The lighting and the sound is better, but it’s not as joyous.”

There’s a change to tenor as well. “We used to do musical comedies. Like Bye Bye Birdie. You don’t get comedies today, you get musicals. A lot of the fun and glory and elation has gone out of it and replaced by angst.  Creative people feel they have to address the angst of our time…. But I miss musical comedy because a true joyous musical comedy is like champagne.”

He admires Dear Evan Hansen and the like as well-done theater, “but I miss the effervescence.”

“I want some new shows to send me to the clouds. I see so many revivals. We’re feeding off ourselves.”

“As a director, I have to be in love with the material to take it on. You give up of yourself to make a new show. It’s not just time, it’s your heart. It takes two or three years. It’s a commitment. Even then it might not work, but you have to give it your all, so it has to inspire you.”

Tossed a softball question about retirement, he smacks it out of the park: “Retire? From what? Life? This my life. This is what I do.”

Tommy Tune Tonight! plays at 8 p.m. Nov. 18 at the Maltz Jupiter Theatre,  1001 East Indiantown Road. Tickets start at $50, but higher prices include a sit-down pre-show dinner with Tune and post-performance reception. (561) 575-2223 or www.jupitertheatre.org.

This entry was posted in Features and tagged Maltz Jupiter Theatre, Tommy Tune. Bookmark the permalink.