Talkin’ in the Green Room With: Stuart Meltzer 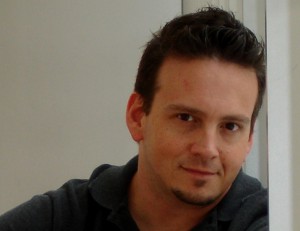 In this edition, we visit with Stuart Meltzer who is currently fine-tuning the world premiere production of Michael McKeever’s Moscow which opens Friday at the Arsht Center. Meltzer is both artistic director and one of four artists who co-founded Zoetic Stage in 2010. In New York, he directed Romulus Linney’s Gint, Harold Pinter’s One for the Road, Lysistrata and For Colored Girls…. Upon his return to his home turf in South Florida, he was Head of Theatre at Gulliver Preparatory and then part of the full time faculty at New World School of the Arts from 2005 to 2007.  At New World, Stuart directed The Threepenny Opera, Marat/Sade and Angels in America staged at The Colony Theatre. Other local credits include Kiss of the Spider Woman, Painted Alice, Barefoot Boy With Shoes On, and Everything Will be Different: A Brief History of Helen of Troy at Mad Cat Theatre and in the winter of 2010, Melt at the Miracle Theatre in Coral Gables. He was artistic director at City Theatre from 2007 to 2009. In this Q&A, Meltzer reveals what he does after a show opens and how The Christmas Ham figures in the career of a nice Jewish boy.

Hometown: Miami – grew up in Kendall.

How long have you lived/worked in South Florida? Most of my life, give or take a few romps in NY, Israel, Europe.

What school did you graduate from/what was your major? B.F.A. in Theatre from New World School of the Arts/UF & a M.F.A. in Directing from New School University/Actors’ Studio.

What role/play are you dying to do but no one would think of you for? I’m the boss now so…

What show do you wish somebody down here would produce? Candide, Threepenny Opera, every Tony Kushner play, every Pinter play, every Sondheim but only if done well. I would love to see crazy combinations of theatre and music like Einstein on the Beach (Philip Glass). I personally would love to direct all of the above one day.

What show will you be happy never to see again unless it gets you a job? Anything that falls into the category of Peter Brook’s definition of “The Deadly Theatre.” I don’t want to sit through productions that are uninspired, masturbatory or don’t have anything to say. I have seen really terrific theatrical experiences produced on a dime and less-than-good experiences splashed with cash. Ultimately, any production (new or old) needs honesty, care, invention and creativity. Any production should somehow spark an audience . . . and not try to placate it.

What do you say when someone you like is in a terrible show or does a poor job? I don’t lie well.

How do you cope when there are more people on stage than in the audience? Pray when the reviews come out, they are good!

What is there about you that most people don’t know (and that you’ll admit publicly)? I was horribly bullied in elementary, middle, high school, so much so that I had to get a GED in 10th grade just to get the hell out.

What’s the hardest/easiest part of what you do? Answer for both: Not forgetting who I am. (Also my partner and the love of my life, Michael McKeever, makes everything better when it is not.)

Do you have any pre-show rituals? I give opening night gifts as opposed to closing.

What do you do after a show? Hide.

What was the first show you were involved in and what did you do? 4th grade. The Christmas Ham.

When did you know this was what you wanted to do and why? I have been singing since five. I never thought of doing anything else in my life but working in “show business”. Now that I am actually doing it, I think of everything else. (That last part was a joke.)

What do think has been your best work in the theater to date, and why? Directing Zoetic Stage’s inaugural production of South Beach Babylon. There was this great positive energy of a new company and a new work, and it all came together on the stage. Close second: My first year as Artistic Director for the Summer Shorts Festival. That was the only year that I read and picked the material on my own — over fifty short plays in four different programs.

What do you think was your worst, and why didn’t it work? My second year as Artistic Director for the Summer Shorts Festival. Because I lost myself and a plethora of other reasons that should remain in the past.

What was your best experience working in theater? Having the opportunity to act in Michael McKeever’s Melt and direct the play twice after! Also, any production that I direct at New World School of the Arts. I love working with the students and seeing their successes. Also, to be honest, I love laughing and anytime I can laugh with a group of people is terrific!

What was your worst? Why dwell?

What one role/show would like to do over or just do again? Angels in America

What’s your day job? I teach at New World School of the Arts.

Do you have unexpected special talents and skills? I love pretending that I am a gourmet cook! The McKMeltzer’s have dinner parties and I love to experiment with different foods and theme the night up.

What would you do if you couldn’t be in theater? Don’t put pressure on me.

What’s your most unforgettable theater experience? Seeing the revival of Sunday in the Park with George in NY and seeing Pacific Overtures done in Japanese at Lincoln Center.

What TV programs do you DVR when you’re working a show? Well this week, Pan Am, American Horror Story, Modern Family, The Walking Dead, Project Runway.

Whose music can you not live without? Cyndi Lauper, Kate Bush, Kurt Weill, Sondheim and almost any genre of classical.

What performer would you do almost anything to see? Kate Bush.

Why doesn’t South Florida theater have a higher profile nationally? It doesn’t?

Finally, add a question (and answer) you wish I had asked. Who are you voting for in the 2012 Presidential Election?  Obama. No ifs ands or buts!