Not Even Six Degrees of Separation In Play Reading

If you wonder just how small the theater world is, consider how Paul Ben-Victor’s play This Little Jew Girl has found its way to a free reading at GableStage at 7:30 p.m. Monday. 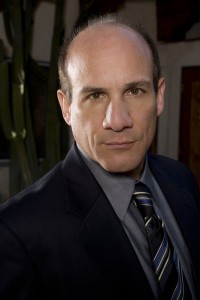 Ben-Victor is a familiar television actor (the master criminal in the second season of  The Wire, the marshals’ boss in In Plain Sight) who wrote a gritty drama with his mother, Leah Kornfeld Friedman, based on her real-life experiences in the garment district of post-war  New York City.

Ben-Victor was shooting an In Plain Sight episode in Santa Fe with Ray Abruzzo, best known for his work in The Sopranos, and said how he’d love another mounting of the play, which had workshopped in Los Angeles and New York.

Abruzzo asked whether he’d be interested in an audience in South Florida. Abruzzo talked about starring this year in Mosaic Theatre’s production of Lombardi alongside local actress Laura Turnbull. 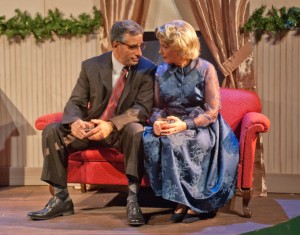 Ben-Victor’s mother, who is published in the world of Jewish culture, told her son she knew of Hoffman through his Too Jewish shows. 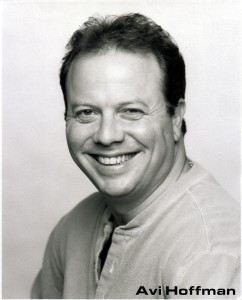 Ben-Victor sent the script. Hoffman fell in love with it, thinking that he and Turnbull could appear, and their daughter, Arielle, could play the young heroine.  Hoffman offered to ask Joe Adler, producing artistic director of GableStage, if they borrow his theater. Adler, who frequently volunteers his stage for free readings, got on board.

Ben-Victor, in turn, agreed on the condition that he could appear in the play and direct it. 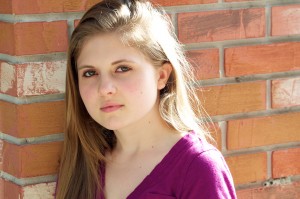 So on Monday, Ben-Victor, Todd Allen Durkin, Betsy Graver, and the corporation of Hoffman, Turnbull and Hoffman take to the stage.

An earlier version of the story, then titled The Good Steno, was described as: “It’s 1946 in New York. Seventeen-year-old Gloria Finkelstein comes from Brooklyn to Manhattan to work as a stenographer in the ‘garment center jungle,’ for the manufacturer of fashionable swim suits. Ben-Victor portrays ‘Morty,’ the lewd, racist owner of the bathing suit company. Gloria quickly learns the truth about the world she so desperately wants to be a part of, where models are routinely coerced into ‘entertaining’ buyers in the back room.  Gloria clings to her 28-dollar-a -week salary and dreams of a life beyond her reach, but ultimately decides to take on this raunchy, lecherous world of the 1940’s garment district.”