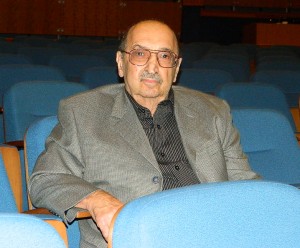 The George Abbott Award for Outstanding Achievement in the Arts, the most prestigious honor given by the Carbonell Awards, will be presented April 2 to producer Jay H. Harris.

Harris has been a financial backer and artistic force behind award-winning productions in 21 cities in the United States including on and off Broadway, as well as productions in England, Scotland and Canada.

But locally he has built a reputation as a pillar of the South Florida theater. He often appears listed as “anonymous” in the programs of South Florida theaters where he has supported productions, underwritten the cost of actor salaries, sets and costumes, helped obtain licensing rights and contributed toward capital improvements. Among the shows he has backed was the Miami world premiere of Nilo Cruz’s Pulitzer Prize-winning Anna in the Tropics at New Theatre and later produced its commercial London premiere.

Harris is a member of The League of American Theaters and Producers and served on the Board of Directors of the Carbonell Awards from 2001-2008, including two terms as president, “during which time he was instrumental in raising the profile of the awards and designing its current voting structure,” a news release stated.

Following the Carbonell Award-winning world premiere of his production of Say Goodnight Gracie at the Broward Center, he took it to Broadway where it became  the third longest running solo performance show and was nominated for a 2003 Tony Award for Best Play.

Recent productions include Stick Fly and Wonderland on Broadway, off-Broadway productions of Sistas, the London productions of All About My Mother starring Diana Rigg, Little Dog that Laughed and Three Days of Rain and the national tour of Little House on the Prairie with Melissa Gilbert.

Additional community involvement has included sponsoring Ocean Dance 2000 which presented Mikhail Baryshnikov free to the public on Hollywood Beach to an estimated audience of 30,000, sponsoring six years of the Curtain Up Awards, providing numerous scholarships for students in the arts and presenting Shakespeare’s Dog on the Caravan Stagebarge in partnership with the City of Miami Parks Department and the Cultural Affairs Division of the State of Florida as a fund raiser for Shake-A-Leg Miami.

For his extensive South Florida involvement and commitment to the arts, Harris has been recognized with the Dean Lott Spirit presented by the Arts & Business Council of Miami-Dade County, Florida, the 2000 Pro Bono Award presented by Art Serve of Broward County, the Curtain Up Lifetime Achievement Theater Award, The Remy “Pioneer Award” from the Theatre League of South Florida, the Jack Zink Spirit Award presented by the Mosaic Theatre and the 2002 Carbonell Howard Kleinberg Award.

The award is named for the legendary theater director and playwright. It will be presented by his widow Joy Abbott and Miami Herald theater critic Christine Dolen.