Starting this week, tickets are available for performances provided by more than 90 music, theater, dance, and performing arts presenters in Miami-Dade County.

Tickets are offered through www.cultureshockmiami.com or at www.TicketWeb.com. Additionally, students can get two-for-$5 or free admission passes to many South Florida museums, landmarks and cultural destinations.
Tickets through Culture Shock Miami, which are often for the best available seats, are free of taxes, fees or surcharges. A student must use the first ticket purchased, but the second ticket can be used by a person of any age.

Among the current offerings are the Asolo Repertory Theatre’s Macbeth at South Miami-Dade Cultural Arts Center in Cutler Bay on Oct. 12, and the musical Godspell presented by Actors’ Playhouse at the Miracle Theatre in Coral Gables from Oct. 10 through Nov. 4. Throughout the season, new events will be posted at the  Culture Shock Miami website.

Now in its eighth year, the program of the Miami-Dade County Department of Cultural Affairs encourages students ages 13-22 to make the arts a lifelong habit with the hope that they will become full-price ticket buyers and subscribers of the future.

The 37th annual Carbonell Awards have been slated for April Fool’s Day 2013. Details to follow. 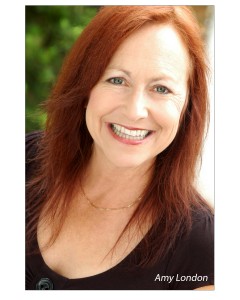 She recently became engaged to former South Florida leading man John Fionte who has lived several years in Crossville between Nashville and Knoxville.  Her plan is to work at the same company as Fionte, the Cumberland County Playhouse.

In a note to friends, she wrote: “I want to thank everyone who gave me opportunities, everyone who welcomed me when we arrived and embraced my family. My kids love you all….Wishing everyone love, prosperity, good times, good work and more love. You have all contributed to the fabric of my life and of my children’s lives. It has been very special.”