Sanchez play up next at Promethean Theatre 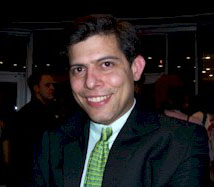 The scrappy Promethean Theatre in Davie is careful not to announce the dates for a new show, let alone a title, until it has the money to bankroll the production show.

So, hot off the press: Promethean will hold the world premiere of Juan C. Sanchez’s A Bearded Lover from February 18-March 6.

Sanchez is the company’s resident playwright, nominated for two Best New Play Carbonells for his work at Promethean, Buck Fever and Red Tide.

The play is described as ‘a dark and heartwarmingly funny play about three eccentric sisters who are preparing for a long journey into the sea — sibling rivalry ratchets up; love and loyalty are tested; even the bond of sisterhood is challenged, pushed to the limit, and changed forever.’

The play will be directed by Promethean house director Margaret M. Ledford who won accolades for Collected Stories at Mosaic Theatre last fall.

The cast includes Promethean co-founder Deborah L. Sherman; Ursula Cataan and Gladys Ramirez. Cataan and Sherman were in the original production of Anna in the Tropics at New Theatre. They also appeared under Ledford’s direction in Promethean’s popular production of Two Sisters and a Piano by Nilo Cruz.

The production will be staged in the black box theater in the Don Taft University Center at Nova Southeastern University.