Tickets for The 37th Carbonell Awards Are Now On Sale 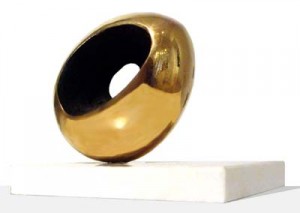 If you ever wanted to see local theater actors up close, out of stage makeup and dressed to the nines, tens and several other figures, tickets are now on sale to the 37th annual Carbonell Awards ceremony slated for Monday evening of April Fools’ Day.

Nicknamed “Theater Prom,” the program is the South Florida equivalent of the Tony Awards, recognizing excellence in theater productions during 2012 in Palm Beach, Broward and Miami-Dade counties.

In addition to the awards and the emotional thank yous to spouses and God, the ceremony will feature musical performances from nominated shows and special awards recognizing people who have contributed to the theater community/

The festivities begin about 7:30 p.m. (try getting theater pros away from the bar on time) on April 1 at the Broward Center for the Performing Arts, 201 SW Fifth Avenue, Fort Lauderdale. But come early to the courtyard of the theater to watch the actors, directors and designers showing off their finery and hugging each other if they haven’t seen each other in a while.

Advance tickets are $25. Tickets sold the day of the ceremony are $35. Individual tickets can be purchased online at browardcenter.org, or by calling the Broward Center Box Office at (954) 462-0222.

Groups of 10 or more may reserve tickets at $20 each and sit together based on availability.  A $1.50 processing fee per ticket will be applied to all group sales. Group reservations can be made through the Broward Center’s group sales office at (954) 468-3280 or emailing rstockton@browardcenter.org.

Nominees and lead producers of nominated best plays or musicals will be issued one complimentary ticket. Nominees may buy one seat for an escort at the discounted group ticket price of $20. Nominees should RSVP to rstockton@browardcenter.org or call (954) 468-3280 and indicate whether they plan to be seated with a particular group/organization.

Much of the proceeds support the scholarships that the Carbonell organization gives to graduating high school seniors who will enroll in college to pursue a degree in theater or journalism.