Wide Range In Broadway Across Miami Tour Series in 2015-2016 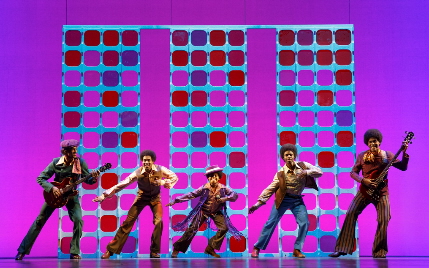 Flash, punk glam, rhythm & blues and about as traditional an offering as possible comprise the Broadway In Miami series next season.

The schedule includes the current Broadway hit Kinky Boots, the rousing Motown the Musical just ending its run in Fort Lauderdale today, a return of the Roundabout-Sam Mendes revival of Cabaret about to close in New York, the thoroughly rebooted The Phantom of the Opera that played recently in Fort Lauderdale and a brand-new version of The Sound of Music.

The season schedule is:

Dec. 8–13: Kinky Boots – is both inspiring and raucous fun about a struggling shoe factory owner who works to turn his family business around with advice of Lola, a cross-dressing entertainer in need of some sturdy stilettos. The show won six Tony Awards including best musical and honors for rock icon Cyndi Lauper’s music, direction and choreography by Jerry Mitchell and a script by four-time Tony winner Harvey Fierstein. This marks the show’s South Florida debut, but it will play a couple of months later in Fort Lauderdale.

December 29, 2015–January 3, 2016: The Sound of Music – This new edition of the Rodgers and Hammerstein classic did not play Broadway. But this road tour is being directed by legendary Broadway director Jack O’Brien who was responsible for helming, among many other titles, Hairspray.

Feb 2–7, 2016: Motown The Musical – is responsible for the roaring sound you can hear coming from downtown Fort Lauderdale where the show is playing at the Broward Center right now. Although technically a show about how Berry Gordy Jr. built a hit factory in New York, it’s really an excuse to hear 60-plus songs that formed the soundtrack of your life yesterday and today. To read out review of the current production, click here.

Feb. 24–March 6: The Phantom of the Opera – is a completely reimagined version of Andrew Lloyd Webber’s musical reinvented by the same man who reinvented Les Misérables a few seasons back. To read a review of this tour when it played the Broward Cenrer, click here.

April 12–17, 2016: Cabaret – is the revival of the revival that is about to close in New York. This grungy, gritty evocation of the morally-compromised society during the crumbling Weimar Republic is far tougher than the Harold Prince version of the 1960s.

This entry was posted in News and tagged Broadway Across Miami, Cabaret, Kinky Boots, Motown the Musical, The Phantom of the Opera, The Sound of Music. Bookmark the permalink.