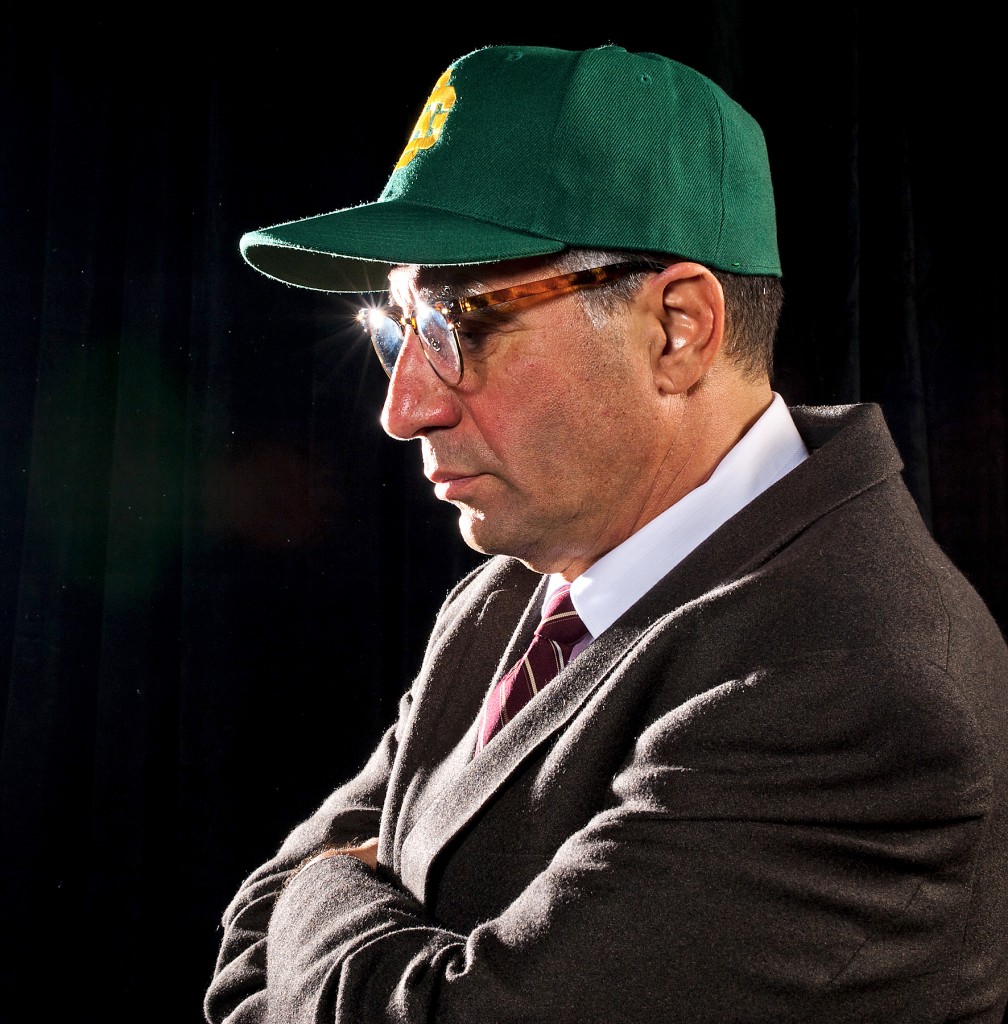 Ray Abruzzo as the Lombardi / All photos by George Schiavone

Vince Lombardi:  the name is synonymous with football.  But you don’t have to know anything about the gridiron or touchdowns to enjoy Lombardi, making its southeastern premiere at Mosaic Theatre in Plantation.

Vince Lombardi was a legendary coach, who turned the pedestrian Green Bay Packers into a well-oiled, Super Bowl-winning machine. He didn’t just mold football players, he molded men, giving them the confidence to perform to the best of their abilities and achieve success. The Super Bowl trophy is named for him, and his coaching style, emphasizing hard work, discipline, loyalty, and family lends itself to leadership strategies in any arena.

Lombardi, written by Eric Simonson, closed its eight-month run on Broadway this past May. That production starred Dan Lauria and Judith Light, who earned a Tony nomination for her performance as his wife Marie. The play focuses on one week in 1965, halfway through Lombardi’s coaching career with the Packers.

The play is narrated by Mike McCormick, (Antonio Amadeo) a Look Magazine reporter who has come to Green Bay, Wisconsin to uncover what makes Lombardi win. He is granted exceptional access to Lombardi (Ray Abruzzo) both on the football field and at the Lombardi home, where he is a week-long guest.  Lombardi’s wife Marie (Laura Turnbull) welcomes Mike and is open with him about her husband’s life.  Mike tries to interview some of Lombardi’s players Paul Hornung (Scott Douglas Wilson)  Jim Taylor (Skye Whitcomb) and Dave Robinson (Donte Fitzgerald) but gets little out of them.  Throughout the week Mike experiences Lombardi’s temper, his volatility and his paternalistic qualities.

Though the set-up is fictional, it serves to illuminate a man who has reached iconic status, a man whose philosophy about football was also his philosophy about life.  And while the subject is football, Lombardi is well-written, concentrating on the people, bringing the audience into their world.

Abruzzo, whose impressive resume includes four seasons as Little Carmine Lupertazzi on four seasons of The Sopranos, transforms himself into Vince Lombardi.  Wearing Lombardi’s trademark hat and glasses, he fully inhabits the character, so much so that one feels as if they are in the coach’s living room with him. Abruzzo’s Lombardi is a compact ball of energy, a pitbull with a heart of gold.  bruzzo is marvelous, deftly navigating the extremes of Lombardi’s personality, barking orders at his players or his wife one minute, then looking like a contrite child the next when he realizes he’s crossed a line.

Turnbull, as Marie, is perfectly in sync with Abruzzo.  Whether she’s mixing a drink or calming her husband, Turnbull expertly conveys the world-weariness within Marie, a woman who realized too late that when she married Lombardi, she also married football.

It is in their scenes together that Abruzzo makes Lombardi less an icon and more of a complex man whose pride and desire to be the best drive him to be a part of what he calls a winning tradition. It’s a fascinating portrait of a marriage acted by two consummate pros.

As the reporter on a mission to discover what makes Lombardi tick, Amadeo is part film noir detective and part everyman, and he portrays Mike with a mix of laid-back ease and internal hunger.

Wilson, Whitcomb and Fitzgerald make a fine trio, revealing the essence of the coach at work, underlying the loyalty Lombardi instilled in his players.

Douglass Grinn’s impressive set creates six distinct locations, two living rooms, a locker room, an office, a bar and a football field, all while capturing the mood of the 1950s and 1960s.  Director Richard Jay Simon keeps the pace brisk and builds suspense throughout, even though the play is more of a character portrait than a plot driven narrative.

Lombardi brings an intimacy to the game of football as well humanity to a legend.  Don’t miss it. 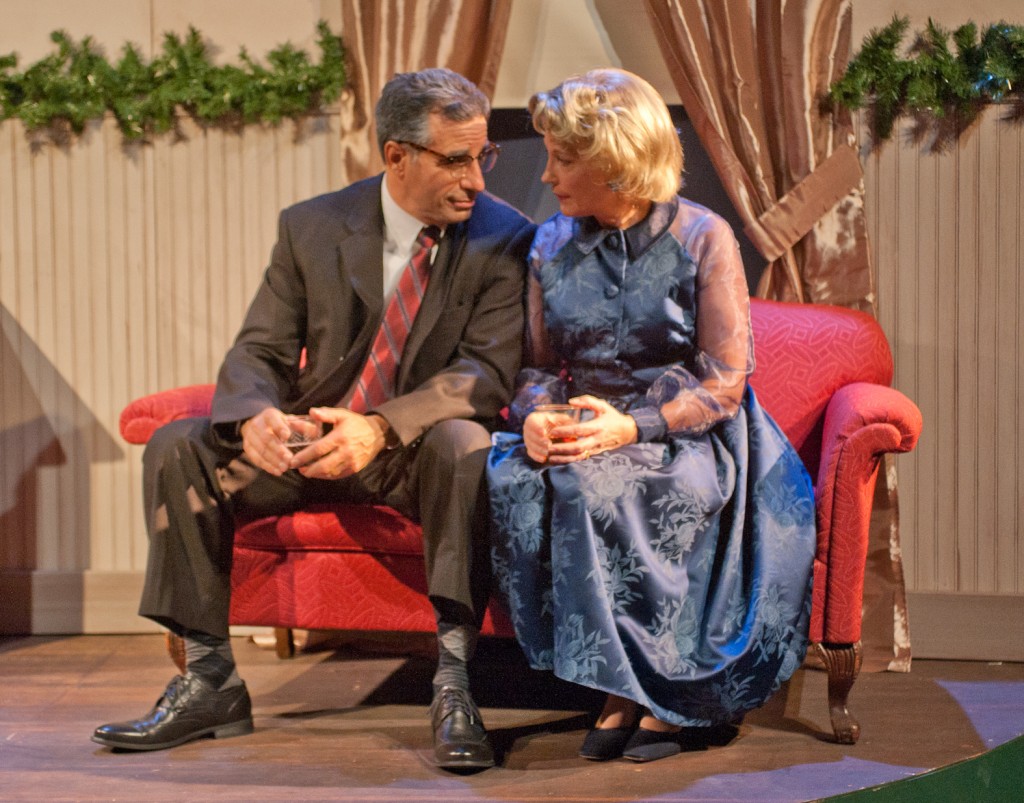 Ray Abruzzo as Lombardi and Laura Turnbull as his wife Marie

One Response to Touchdown! Mosaic Theatre Scores Big with Lombardi