Caldwell and Entr’Acte theaters to join forces for large-scale musical, “City of Angels” 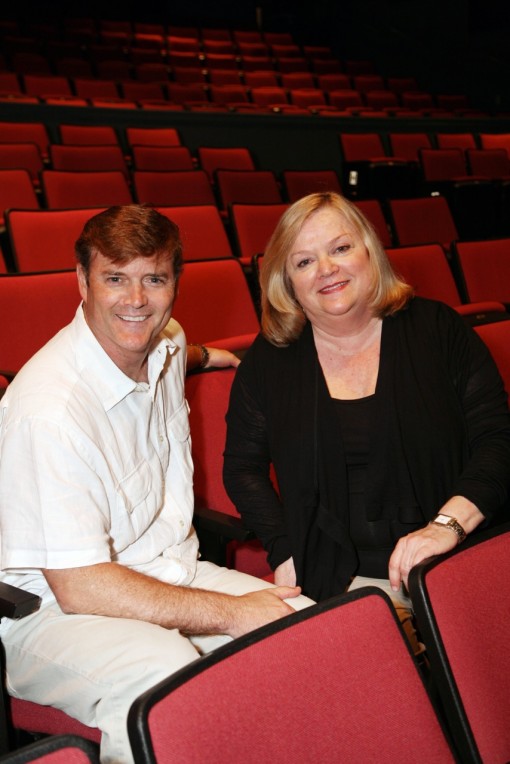 An informal business arrangement between the Caldwell Theatre and Entr’Acte Theatrix has solidified into a formal partnership that will culminate in a large-scale co-production next season of’City of Angels.

The newly-formed Artistic Alliance joins the 35-year-old Boca Raton theater fighting its way out of debt with the fledgling Palm Beach group that gives freshly-minted performers an opportunity to work in a professional production.

Caldwell has rented its stage to Entr’Acte Theatrix over the past year for stand-alone productions of’Hair and’Cabaret, and they plan to mount’How to Succeed In Business Without Really Trying in June.

But’City of Angels in March will put its members in supporting roles so that they can learn first-hand by working alongside Florida actors already cast in the show: Jim Ballard, Laura Hodos, Melissa Minyard and Margery Lowe.

Vicki Halmos, founder and executive producer of Entr’Acte Theatrix, explained, ‘These talented young people, many of which are finishing their college careers, have great abilities that would enhance any professional company, but they lack one of the major pre-requisites for success in theater ‘ a professional resume. Our goal is to provide these emerging talents with that professional performance opportunity.’

Caldwell Artistic director Clive Cholerton agreed. ‘We want to support them and the whole mandate to give professional experience to professionals just graduated from college or high school students.’

But it benefits the Caldwell, too, he said. ‘It provides another opportunity for Caldwell to imbed itself in the community in which we exist by providing additional training and opportunities for local aspiring talent.’

Furthermore, ‘it will also allow us to produce a show that would otherwise be beyond our scope from a cost standpoint.’ The Tony Award-winning’City of Angels usually needs a large cast to perform Larry Gelbart’s book, a good-sized orchestra to play Cy Coleman’s big band score and an array of sets representing a Hollywood lot as well as the noirish ‘reality’ of the Raymond Chandler-like murder mystery inside the scriptwriter’s head.

Cholerton will head the show, one of his personal favorites. ‘I’m not letting anyone else direct this one.’

Entr’Acte Theatrix is an offshoot of the Palm Beach Principal Players, which started 10 years ago and targeted high school and college students interested in musical theater but who had limited opportunities to perform.

2 Responses to Caldwell and Entr’Acte theaters to join forces for large-scale musical, “City of Angels”