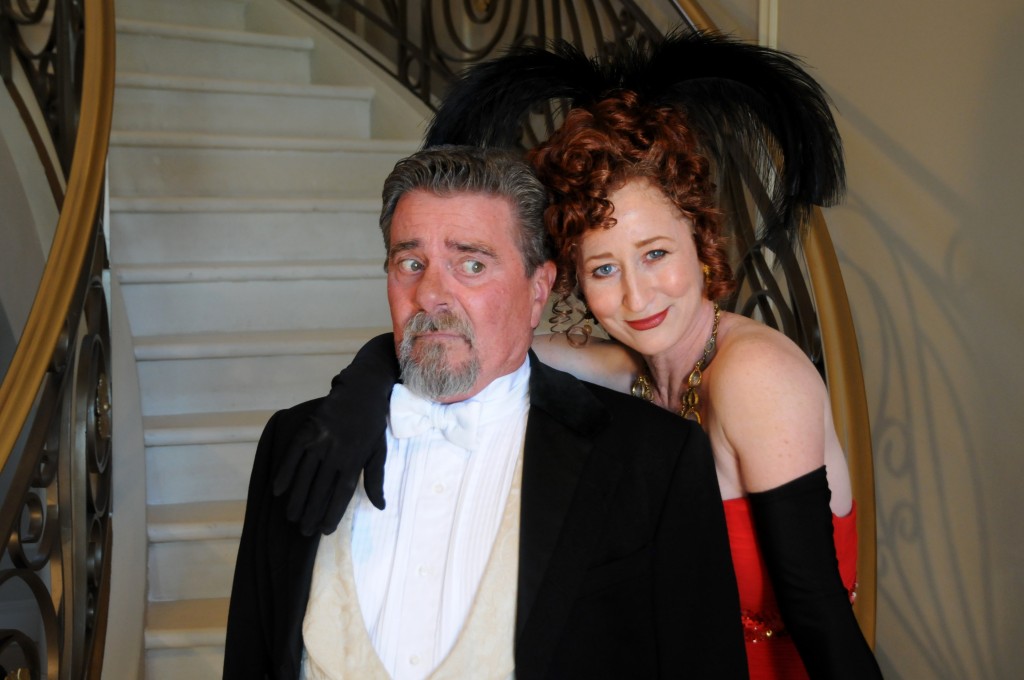 In their case, the elephants, plural, are Carol Channing and the iconic Gower Champion production of Hello, Dolly! engraved in the minds of much of the audience coming this month to see the warhorse at the Maltz Jupiter Theatre.

How are they dealing with it? Head on.

“So why do we have to do Hello, Dolly! Now? That’s always the question I ask of any work I’m working on that was created in days gone by,” said Dodge, best known in New York for her revival of Ragtime but who has created a career mounting revivals in regional theaters across the country.

The answer: Treat it as if it has never been done before, dig deep into the humanity of the characters and play it with a reality that post-modern audiences can believe in.

“It is of its era, but we’re living in 2012, and you have to make this character full bodied and authentically contemporary for us now,” said Dodge who directed Master Class and won a Carbonell for her choreography of Anything Goes at the Maltz.

While Dodge studies previous productions for clues, she is about taking risks. “If you’re not taking risks, then what’s the point? You need to be out on the tightrope every time.”

It’s the same for Lewis, most recognizable from the TVs series NewsRadio, but an experienced musical comedy belter with a lengthy roster of classic roles in regional theater from Fanny Brice to Mama Rose.

“I am gratefully at a time in my life where I have had my biggest learning experiences, my biggest heartbreaks, my darkest hour maybe, and have sort of trudged through to the point that I have all those big emotions in my blueprint or my DNA.” Lewis said. “And I find those pieces in these women who are real to me. In the case of Dolly, I have been broke at times in my life. I’ve had heartbreak where I’ve lost a husband.”

Dolly’s dramatic character arc is resurrection: returning to life after mourning the death of her husband. Lewis explains her affinity for the situation: “She’s in a deep sleep she doesn’t even know she’s in. I’ve been alone in my life for years at a time. I was alone for four years and (once) had just come out of something that just broke me.”

Then she found the relationship she had sought her whole life. “I think it happens when you’re not looking; you wake back up and all those wants come back alive that you kind of shut down to survive, I guess.”

Dodge also has a reputation for reimagining the visual elements of classic shows by asking her designers for “non-literal” sets that require the audience to invest their imagination. In this case, she ran across the inspiration last summer when an aborted trip to Hearst Castle led her to a motel where she saw an old photo of the venerable fantasyland structure.

The determination not to copy the endlessly reproduced original is helped by the fact that only Dodge and actor Gary Beach, playing Dolly’s quarry Horace Vandergelder, have ever seen the stage show. Not even Lewis. “The cast is all under 30,” Dodge said. That include Matt Loehr, the star of the Maltz’s Crazy for You last spring, who is playing Cornelius Hackl.

That has been a boon, Dodge said. “Gary Beach, very much a guy who remembers the original production, is just delighted by all of this. He said to me, it’s all new and fresh but it’s completely right.”

One new spin is sex. Lewis said. “This has happened with all these big monster roles except Funny Girl: Ethel Merman and Carol Channing, they were asexual in these roles. I always look at that and think, ‘Why would he decide to marry her?’ ”

So Dodge has allowed Lewis to let loose. “(We) put someone in the role of Dolly who is sexy, funny and adorable,” Dodge said. “There was a great moment the other day in rehearsal with Gary. We were working on the first scene and Gary just stopped and said, ‘How am I not going to want to just propose to her right now?’… I said, ‘You just to have to not notice right now that she’s a very hot woman that you could wrap your arms around easily.’ ”

Also helping the rehearsal process is that Dodge, Lewis and Beach have all worked together in different combinations. Both Lewis and Dodge cherish a short run of Gypsy in Sacramento a few years ago.

Lewis said, “We’ll keep working together until we find another thing as magical as that, because… it was life changing … We just kind of fell in love with each other’s work.

“I remember saying to her, I’ll follow you anywhere. And here we are. I meant it,” Lewis said. “My agent said, ‘This is pilot season’ and I said, ‘I don’t care, it’s Marcia Milgrom Dodge, and I’m going wherever she goes.’ ”