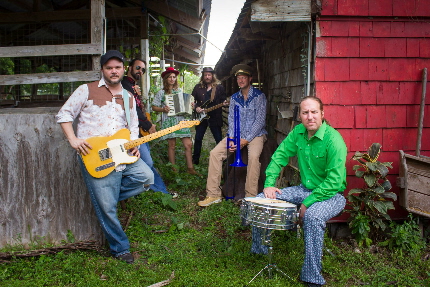 “A glib” is a noun used in theater back in the day to signify when actors would race through their lines as quickly as possible just to cover the territory a half-hour before the curtain rose.

There is so much news in South Florida theater this summer that we’re going to run our own version of a glib as we tick off the headlines of much, but not even half, of what’s happening in the region and involving its artists and audiences.

### Second, Mad Cat company’s musicians will reinterpret Paul and Linda McCartney’s classic 1971 album RAM in concerts July 31 and August 1 on the main stage of Miami Theater Center. Funding is coming from Miami-Dade County and a crowd-sourcing website accepting donations through the end of July at http://power2give.org/miami/Project/Detail?projectId=9113

### In 2010 through 2012, Carbonell-winning actor and playwright Mark Della Ventura presented his own one-man serio-comedy about the emotional, psychological and social travails of not being as well-endowed as some people in Small Membership at Alliance Theatre Lab, winning critical and popular praise. Now Della Ventura is taking the show next month to the New York International Fringe Festival. Five performances are scheduled for the 40-seat White Box Studio at 440 Studios, 440 Lafayette Street, from Aug. 15-28. He is raising money to underwrite the project through a crowd-source venue at http://www.gofundme.com/xgxv35d. More information including a video is at 40 ppl // http://www.smallmembership.com/home.html

### Palm Beach Dramaworks’ concert staging of A Little Night Music which has received strong praise (including from us, click here for the review http://www.floridatheateronstage.com/reviews/dramaworks-a-little-night-music-is-a-bittersweet-swirling-summer-night-of-sondheim/) has been extended to July 26.

### Actors’ Playhouse’s summer show of 2012, the world premiere of Real Men Sing Show Tunes and Play With Puppets bowed off-Broadway this week as part of the New York Musical Theatre Festival, a collection of modest but promising small works. Now billed as Real Men, A Musical For Guys, And The Women Who Put Up With Them the tweaked show was directed once again by Actors’ Playhouse’s David Arisco. The show running through July 20 was written by Paul Louis and Nick Santa Maria, and features both of them in the cast along with Stephen G. Anthony.

### Given the tiny size of the house, you may have missed one of the most acclaimed dramas of the season so far — the world premiere of Daniel’s Husband by Michael McKeever which recently finished a run at Island City Stage. But just as the producers did with The Timekeepers, this production will be revived Nov. 28-Dec. 20 in a co-production with the West Boca Theatre Company. The production will be mounted at the Beifield Auditorium on the campus of the Levis JCC in Boca Raton. The cast will include returning actors Laura Turnbull, Alex Alvarez, Larry Buzzeo and Kristian Bikic, along with Carbonell nominee John Manzelli taking over the role of Mitchell from Antonio Amadeo. For more information go to levisjcc.org/boxoffice or call 561-558-2512.

### Zoetic Stage in Miami has appointed Nicholas Richberg as its new managing director, replacing Kerry Shiller who moved to Denver this year. Richberg, the current public relations director of the company, was instrumental in creating a social media program for the troupe. The Miami native and graduate of the University of Miami won a Best Actor Carbonell for last seasons’ Peter and the Starcatcher and is slated to appear in Zoetic’s upcoming production of the Stephen Sondheim musical, Passion. Shiller will remain on the board of directors.

### Just a reminder, there’s free theater every Monday night this summer across the three counties with readings of new and newish plays in development through the South Florida Theatre League. For more information, see http://www.southfloridatheatre.com/