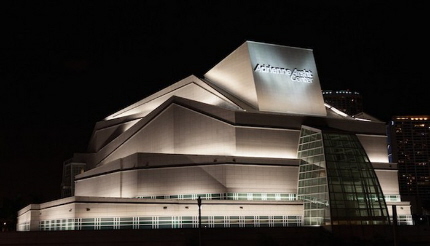 Yet another promising sign that local venues are optimistic about resuming indoor theater is the announcement of the 10th season of the Arsht Center’s Theater Up Close series featuring the work of Zoetic Stage and City Theatre, slated to kick off in October.

All the works are listed as co-productions with the Arsht Center in Miami.

A highly stylized physical recreation of the classic tale by Mary Shelley with a heavy emphasis on the moral and ethical issues she raised. This version stunned audiences in its bow in Great Britain when Benedict Cumberbatch and Jonny Lee Miller alternated roles as the Creature and Creator – a production offered online by the National Theatre of Great Britain last summer.

In this marvelous theatrical retelling, the redemption story shifts from mean, old Ebenezer Scrooge to his former business partner, the long-dead, hilariously bitter, chains-rattling ghost, Jacob Marley. His miserable afterlife has been stretching on forever when, on Christmas Eve, he earns a chance to change his fate — if he can change the unrepentant Ebenezer Scrooge. Like the desperate apparition he is, Marley drags a terrified Scrooge from his bed into his worst nightmare as the two old frenemies journey into the past, present and future.

Accompanied by his millennial children, a Cuban man returns to the country from which he escaped 50 years ago on a quest to recover a precious family heirloom. Together, the family embarks on a journey of closure, truth, and cultural connection. Through a series of misadventures with funny and fascinating locals, Carlos, Michi and Danny find themselves in a place frozen in time, but surprisingly familiar. Gringolandia features live music and video in a mixed-media-event that will transport audiences to the beautiful, yet heartbreaking, island that is so close, and so far away. Benitez was recently listed as “a playwright to watch” by American Theatre Magazine. The play explores the collision of two worlds, and the importance of accepting our past in order to move into the future

This Sondheim musical explores the tangled web of affairs centered around actress Desirée Armfeldt, and the men who desire her: a lawyer Fredrik Egerman and the Count Carl-Magnus Malcom. When the actress performs in Fredrik’s town, the estranged lovers’ passion rekindles, affecting everyone around them. This musical explores class, fidelity and the human condition with humor, warmth and elegance. Inspired by the Ingmar Bergman film Smiles of a Summer Night, it first appeared on Broadway in 1973, starring Glynis Johns and Len Cariou. It went on to win 6 Tony Awards, including Best Musical, Best Original Score and Best Book of a Musical, and has since played in theaters around the world. This is the fifth Sondheim musical mounted by Zoetic.

In this fierce, pitch-black comedy, four teenage girls gather in a Miami tree house to summon the ghost of Pablo Escobar. Are they messing with the actual spirit of the infamous cartel kingpin? Or just each other? Whiplashing back and forth between laugh out loud humor and stop-you-in-your-tracks drama, this play explores the darkest corners of the human heart. It had an extended run Off-Broadway. Scheer is a Miami native and New World School of the Arts alum. She holds a BFA in Musical Theatre from The Boston Conservatory and MFA in Playwriting from Boston University. The Arsht news release reported, “Intimate in nature, yet universal in its ability to explore the need to connect, the play is an unflinching and powerful reminder of what it means to be human. As it races to its startling conclusion, audiences will be left catching their breath. A rollercoaster ride through the dark and dangerous mind of the modern American teenage girl by gifted Miami playwright.”

A five-show subscription packages through the Adrienne Arsht Center box office by calling (305) 949-6722, or online at arshtcenter.org. Tickets for individual performances will be announced at a later date.