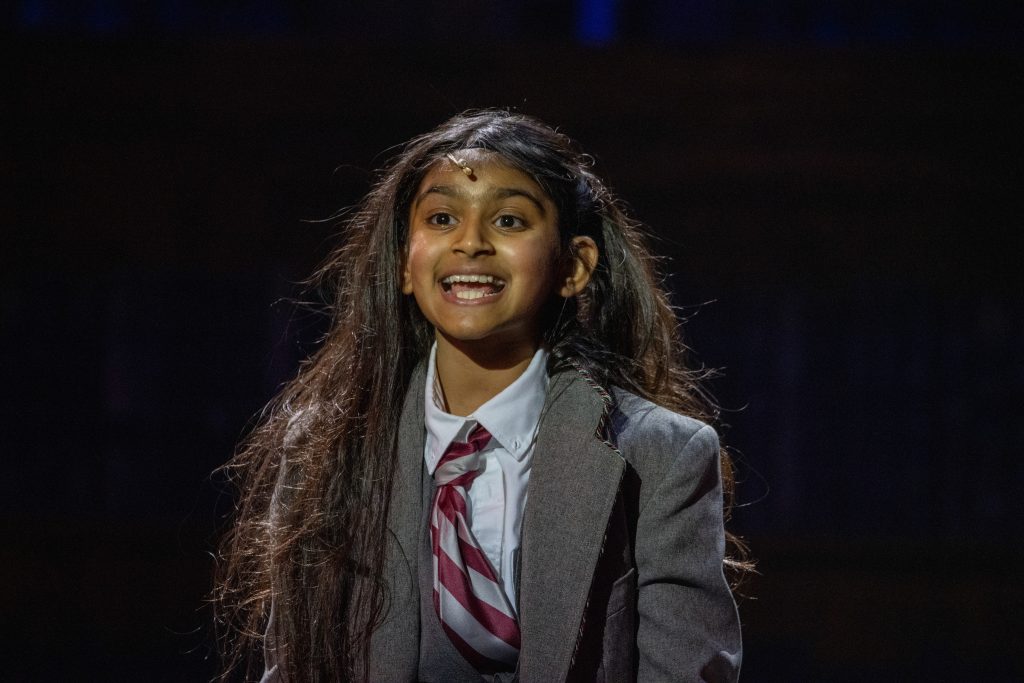 Slow Burn Theatre Company’s production of Roald Dahl’s Matilda The Musical, presented through April 10 in the Amaturo Theater at the Broward Center for the Performing Arts, is a lesson in theater education.

Matilda shows how a regional director—Patrick Fitzwater, who’s also Slow Burn’s artistic director—takes a successful Broadway show that also had a long-running road tour and makes it his own highly entertaining production that showcases many homegrown talents from South and Central Florida.

Fitzwater’s expert hand is in every aspect of Matilda, beginning with assembling a talented cast of adults and children who know how to mine the underlying themes of girl power, adult repression and the power of intelligence and books.

It’s a heady mix for a show that is considered a children’s musical but, at the same time, is more geared for adults. Anyone who’s read British author Roald Dahl’s books knows that his work is neither precious nor sweet but thrives on the darkest of humor, at threating children (and adults) with punishment and at eschewing happy endings. Dahl’s subversive children’s books like Charlie and the Chocolate Factory are not the typical fare for bedtime stories.

The Slow Burn production not only gets Dahl’s vision but does it in a way that elevates Matilda, appealing to children and their adult companions. Don’t be afraid to bring children to Matilda—probably half the audience at the Sunday matinee were under 12 years old—as it truly is for all ages.

Matilda, based on Dahls’ 1988 novel, focuses on Matilda Wormwood, an intelligent, precocious five-year-old girl who loves reading and has a growing ability of telekinesis. Her shallow, emotionally abusive parents hate her intelligence, despise her reading habits, preferring to ignore her most of the time. Her smarmy con man father won’t even acknowledge she’s a girl, constantly calling her “boy.” Her superficial mom’s main concern is entering dance contests, not parenting.

So they won’t have to deal with Matilda, her parents send her to a private school run by the monstrous dictatorial and sadistic headmistress Agatha Trunchbull. But Matilda finds comfort in the library, run by the understanding Mrs. Phelps, who encourages her reading, and her compassionate teacher, Miss Honey.

Matilda, of course, depends on a solid young actress to play the title role and 10-year-old Saheli Khan nails the role. Sure, she’s cute. but Khan also has stage presence that allows her to keep control of her role. Khan channels Matilda’s courage, her desire for justice and her loneliness. We look forward to seeing how this young actress develops.

As Agatha Trunchbull, Bryan Austermann chews up the scenery and spits it out as he terrorizes the students—whom he unaffectionately calls maggots—and Miss Honey. Always being on the verge of toppling over because of his prosthetic bust, Austermann is—fortunately—one scary dude with a steely gaze.

Mallory Newbrough as Mrs. Wormwood and Anthony Cataldo as Mr. Wormwood are wonderfully slimy, self-centered, hateful and just plain nasty. Newbrough, who has delivered myriad outstanding performances, and Cataldo are a hoot to watch, and their chemistry together makes us believe they are a selfish, bickering married couple.

As the librarian with a taste for “stories” and a lovely African lilt, Karen Stephens would inspire even non-readers to check out books. Lillie Thomas exudes caring as Miss Honey. Stephens and Thomas have the more serious roles of Matilda and they are each generous and empathic actresses who make us care about their characters.

Slow Burn has been amassing a tight group of actors who move from lead roles to supporting roles to even ensemble parts, including Jerel Brown (who also is the dance captain); Kimmi Johnson, Nate Promkul, Casey Sacco, Nicole Kinzel, among others.

A frequent criticism of any production of Matilda is the voices and lyrics get lost in the British accents. Slow Burn’s Matilda doesn’t have that problem.

Matilda presented by Slow Burn Theatre Company runs April 10 at the Amaturo Theater, Broward Center For The Performing Arts, 201 SW 5th Ave., Fort Lauderdale. Performances are Wednesday through Saturday at 7:30 p.m., Saturday and Sunday at 1 p.m., Sunday at 6:30 p.m. Running time two hours, 20 minutes with one 20-minute intermission.  Tickets are $49.00 – $65.00. Student and teacher tickets for $25 are available by selecting ‘STUDENT’ or ‘TEACHER’ ticket type; must be picked up at Will Call on the day of show with valid student or teacher ID. Two (2) ticket limit per ID. Open Captioned (OC) Performance will be at 1 p.m. Sunday, April 3. Call (954) 462-0222 for tickets, at www.browardcenter.org or #Ticketmaster.com; in person at Ticketmaster outlets or the Broward Center’s Auto Nation Box Office. Info at www.slowburntheatre.org 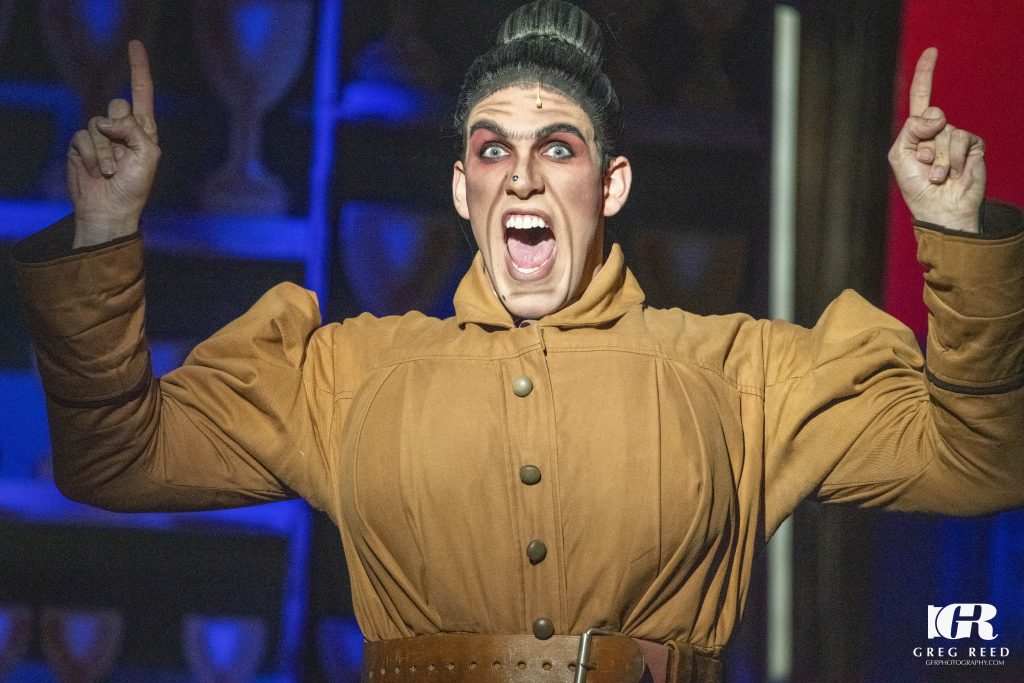