Posted on December 2, 2014 by Bill Hirschman 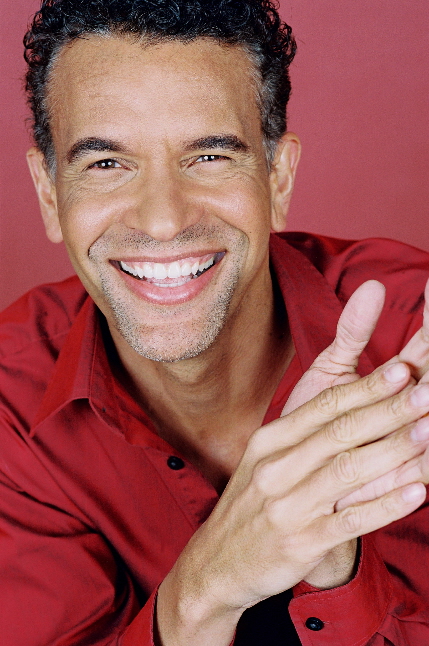 For Broadway musical theater stars in the 21st Century, there isn’t enough stage work to keep most of them out of debt too long. Television is willing to take a chance on them, but few have landed a series or at least one that lasted more than a season. They can make films, but their name rarely ends up above the title.

But for more than a century, one reliable, remunerative and soul-satisfying venue survives: concertizing on the road.

When Brian Stokes Mitchell comes to the Broward Center with the Cincinnati Pops Orchestra and his deep, lush baritone on Dec. 8, he will be among numerous stage stars swinging through South Florida this winter and spring to feed their aesthetic soul.

“It’s kind of like the old days of doing your show on the road,” he said in a phone interview before Thanksgiving. “There’s a limited number of people who come to New York City and see what I do, and can afford the ticket. This allows performers like myself to share what we do — our joys and our loves and our passion” with a larger audience.

He does 30 to 50 such dates a year “almost every weekend sometimes,” choosing among several pre-planned programs with an accompanist, a combo or an entire orchestra. He won’t be alone. Among others bringing a show to the region this season will be Main Stem names such as Sutton Foster, Betty Buckley, Audra McDonald, Linda Eder, Billy Porter, Megan Hilty, Christine Ebersole and Tommy Tune. (See the schedule below)

It’s not slumming. Concertizing has provided an additional source of income for name-in-lights talents since the Civil War.

It offers different things to different performers at different stages in their career. Veteran performers like Mitchell reconnect with their fans across the country. It appeals to performers like 87-year-old Barbara Cook, coming in 2016, who might prefer to avoid an eight-show a week grind on Broadway. For up-and-comers like Hilty (the television show Smash and the musical 9 to 5), it builds and cements their reputation. For most, it’s an opportunity to promote a solo album on sale in the lobby.

For all of them, it’s an opportunity to bask in the in-person interactive glow that only comes from live performing. Mitchell has just finished a short gig at the Encores series of staged musical concerts in New York City with a revival of the 1930s Bandwagon. But what he has on the horizon is audience-less: shooting more television appearances on Glee and Madame Secretary, plus shepherding three albums already recorded “in the can and two more in my head.”

Although some shows are intimate productions, even on Broadway he rarely gets to appear like this with 60 musicians behind him. “I’m getting to perform with spectacular orchestras and spectacular conductors and we get to perform in some of the best halls in the country,” he said.

He knows acoustics. Back in 2009, he memorably gave a concert at the Arsht Center’s Knight Concert Hall in Miami. After crooning into a microphone for a half-hour, he stepped to the edge of the stage and let that baritone fly unamplified through the hall, stunning the audience with a pure sound rarely heard in such appearances.

Concerts allow him to sing songs he loves that he might not get to perform on Broadway. “I do Tevye from Fiddler On The Roof; I can do Billy Bigelow’s ‘Soliloquy’ (from Carousel) and I’ve always wanted to do Sportin’ Life (a character in Porgy and Bess) with ‘It Ain’t Necessarily So’ ”

The travelling is both a pleasure and a problem. He grew up on Army bases with his parents before settling in San Diego. “So I love people and traveling. I got that from my father. Sometimes I can bring my family along; it’s a great way to see parts of the country. We have such a diversity of food, topography, climate. We’re like 20 different countries mixed into one country.”

But the downside is the constant packing and unpacking, something his road manager solves by always having a suitcase packed. Worse is when he can’t bring his family.

“Now, particularly because I have a 10-year old son,” he said. “That’s the hardest. I missed his birthday last year and I was working on my birthday this year, Halloween. But we celebrated on Facetime,” a computer program like Skype. “So you’re missing a lot of things. Missing helping on his homework assignment, missing doing the day-to-day things.”

Mitchell, 57, was dubbed by The New York Times a few years back as “the last leading man on Broadway,” a title even he might challenge. But it was based on starring roles in straight plays like August Wilson’s King Hedley II and a raft of musicals such as Man of La Mancha, Kiss Me Kate, Jelly’s Last Jam and a Tony-winning turn as Coalhouse Walker in Ragtime, not to mention a string of roles in staged concert versions of classic musicals. Before that, he had a television career including a supporting role on the Trapper John M.D. and Roots: The Next Generation. He’s also been noticeable for more than a decade as chairman of the board of the Actor Fund that supports professionals in need.

Although the audience only sees these performers for a couple of hours, these gigs involve several days of preparation. There’s usually a day of travel at either end, and time to recover a voice dried out by the environment inside an airplane. Sometimes there’s considerable rehearsal, but usually it’s a quick run through with musicians who have only been gathered for this date but who are such good sight readers that most audiences think they’ve been touring together for weeks.

But the reception at these concerts has also reinforced something Mitchell has long believed, but which some politicians have questioned: “People are starved for the arts. People love the arts.”

Mitchell has been spreading that message in government halls, lobbying for the arts. “It doesn’t matter if you’re in Carnegie Hall or a concert hall in West Virginia. Art reconnects us with each other. It connects us to our humanity. It shows us we are not alone in the world. We are not alone in our feelings. “

His resonant voice energizes with passion. “I think that’s what gives me the greatest joy is when I go out” and hear audiences recognize that. “Art is there when you see a building, art is on their walls. Art is alive and well in their lives…. It’s the same everywhere: Everybody loves it and responds.”

Among the Broadway-based performers appearing locally are:

Jan. 4– Vanessa Williams – (Into The Woods, Kiss of the Spider Woman, Sondheim on Sondheim) — Kravis Center