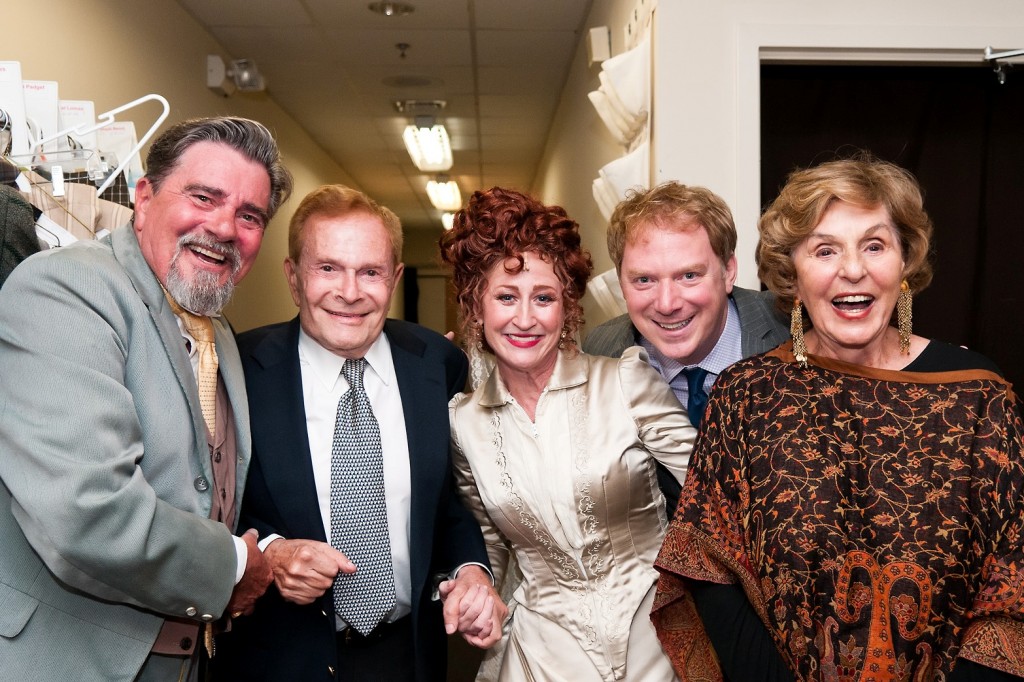 You’d think he’d have seen it enough times, but Jerry Herman, the composer-lyricist of Hello, Dolly!, dropped in on last Friday’s performance of his best-known work at the Maltz Jupiter Theatre. Herman, a University of Miami grad and part-time resident, drove up from Miami to see the production. Producing Artistic Director Andrew Kato knew of the impending visit but most of the cast was kept in the dark until the curtain call when Kato came out and pointed out the celebrity in the audience. Then Herman came backstage and congratulated the cast who were described as “blown away.”
Filling Out the Season

New Theatre will fill the last slot of its current season with its fourth production of a Nilo Cruz play, A Bicycle Country, slated for May 25-June 10.

The 1999 play, which premiered at Florida Stage in Manalapan, is described by its publisher as “Three characters whose lives seem to be moving nowhere set out to build a dream, even if that dream seems perilous. This stirring portrait of three Cuban exiles and their harrowing journey across the Caribbean examines the universal themes of freedom and oppression, hope and survival.”

Filling Out the Season Part II

Other Desert Cities, a comedy-drama still playing on Broadway after a triumphant run last winter at Lincoln Center, is the fifth production announced for the 2012-2013 mainstage season at Actors Playhouse on the Miracle Mile in Coral Gables. A sixth production has not yet been announced.

Slated for the Jan. 16-Feb. 10 slot, the play by Jon Robin Baitz (author of The Substance of Fire), has already won the 2011 Outer Critics Circle Award for Outstanding Off-Broadway Play, and was nominated for multiple Drama Desk and Lucille Lortel Awards.

The plot is described as “Brooke Wyeth, a once promising novelist, returns home after a six-year absence to celebrate Christmas in Palm Springs with her parents, former members of the Reagan inner circle, her brother and her aunt. When Brooke announces that she is about to publish a memoir focusing on an explosive chapter in the family’s history, the holiday reunion is thrown into turmoil and the Wyeths are both bound together and torn apart as they struggle to come to terms with their past.”