Music In The Air: A Few Sweet Notes From Radosh, Fantel, Keelor — And Even Ben Hecht

Veteran South Florida actress Angie Radosh and musical director Caryl Ginsburg Fantel will present a new musical show they have created entitled Love Is… at 7:30 p.m. Monday at GableStage. Admission is free, but donations are welcome because the event doubles as a benefit for The Women’s Fund of Miami-Dade dedicated to “improving the lives of women and girls in Miami-Dade County.” The work developed by the two women is described as “exploring the challenges of finding, losing and growing from love.” 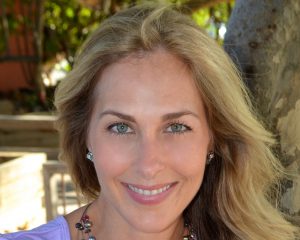 Palm Beach Dramaworks continues its summer cabaret series Friday through Sunday featuring Shelley Keelor, who just appeared in the theater’s Sweeney Todd as the madwoman and who starred in Slow Burn Theatre Company’s Carrie. Keelor will be accompanied by Paul Reekie performing songs from the WWII era. For tickets and more information, visit www.palmbeachdramaworks.org.

Arts Garage in Delray Beach has no immediate plans to produce its own theater works with an in-house troupe but it is making its venue available to other productions. The latest is one-man bio-drama The Ben Hecht Show tonight and Friday written and performed by James Sherman, best known as the writer of Beau Jeste. The evening is a tribute to the legendary playwright Ben Hecht (The Front Page, Twentieth Century) and screenwriter (Nothing Sacred, Wuthering Heights, Gone with the Wind) who used his skills as a newspaperman as one of the first American journalists to write about the Nazi atrocities during World War II. For more information, visit artsgarage.org.