Report From New York: Estefans’ ‘On You Feet’ Is Electric Meld Of Cuban-American Joy & Pride 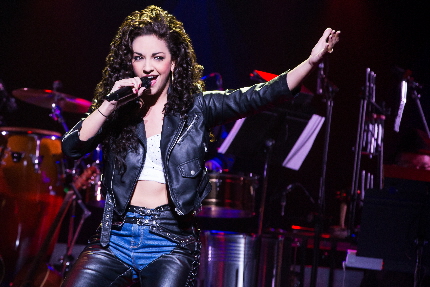 We’re back from our trip to New York to scout out productions you might want to see (or not), shows that might tour South Florida and scripts that might be worth reviving in our regional theaters. We will run our reviews intermittently over the next two weeks. The shows include: On Your Feet!, Hamilton, King Charles III, The King and I, An American In Paris, Fool For Love, The Curious Incident of the Dog in the Nighttime, Dada Woof Papa Hot and Allegiance.

Start the clock, Florida. Eighteen months, perhaps two years. But the moment tickets go on sale for the national tour of On Your Feet!, get on line. In fact, if you’re planning to be anywhere near the Big Apple, shell out the ducats.

Because if the exhilarating musical version of the lives of Emilio and Gloria Estefan is enchanting Broadway audiences, South Florida audiences will be enraptured. Broadway Across America tours usually only schedule a week stay at the Arsht Center, but if they’re smart they’ll book the place for three, even four weeks.

It’s a surprisingly conventional musical in every aspect, but the nuclear energy, cultural pride, considerable polish and boundless joy pouring over the footlights at the Marquis Theatre is irresistibly enthralling.

The central asset is the Estefan songbook slipped in, not in chronological order of creation, into the heartwarming story of two Cuban-Americans who fused Latin rhythms and American pop, then fought to become a crossover genre. Much of the basic sound is very close to the original tracks, but subtly enhanced to fit the Broadway tropes.

The Estefans contributed to the orchestrations and the show has a lot of underscoring beyond just the tunes arranged by music director from Lon Hoyt.

But the show has two other huge strengths. Miamian Ana Villafañe, an alumnae of Gloria’s own Our Lady of Lourdes Academy, is simply stunning with talent, charisma, beauty and sheer wattage in her Broadway debut. She may be a head taller than Gloria, but otherwise she is the mirror image visually and vocally, not just in singing but in her speaking voice. She is so good that you long to see what she can do in another role. Unlike some performers who are fine singers but stumble with dramatic scenes, she is perfectly convincing as an inherently shy young woman who grows into an acclaimed star and triumphs over a crippling traffic accident to make a comeback.

The other standout facet is the choreography by Sergio Trujillo (Memphis, Jersey Boys) and his knife-sharp dancing ensemble. With flashing skirts and swirling bodies, his work is an encyclopedia of Latin-influenced salsa as viewed through rock concert and clubbing sensibilities, plus some moves you’ve likely never seen before on a Broadway stage.

He has done his homework and infused the storytelling with Cuban-American flavor, a few joking exclamations in Spanish, some welcome irreverent Latin humor and shout-outs that only SoFla locals will recognize such as the Estefans hawking their music at Casanova’s, Alexander’s, Backstreet and Y-100.

But Dinelaris carefully builds the Estefans’ rise, wryly documenting how their ambition led them to play “Conga” at bar mitzvahs and Italian weddings. When the number triumphs on the radio, the cast files into the Marquis aisles, enlisting audience members to join the dance line.

While the Estefans have been deeply involved in the creation of the work, the guiding melding hand belongs to veteran director Jerry Mitchell whose resume would crash a database. On one hand, everything you see is part of his vision; on the other, he does not indulge in look-at-me moments. Mitchell also coaxes surprisingly believable performances from his actors who have to deliver boatloads of exposition and some saccharine dialogue like “For one night, do what makes you happy.”

If there is a slight misstep besides the pedestrian script, it is in the choices that Mitchell made with hunky Orlando native Josh Segarra as Emilio. Segarra faithfully imitates Emilio’s gravely voice and thick accent. But Anglos will have a hard time understanding many of his lines and that thin hoarse voice that Segarra adopts doesn’t project Emilio’s strength in the solo ballads. But besides being a competent actor, Segarra does exude that essential chemistry with Villafañe,

Many Miami-affiliated folks besides the Estefans have had a hand in this including (we’re going to miss a few): associate director Andy Senor Jr., Andréa Burns as Gloria’s mother, assistant musical director Emmanuel Schvartzman, several members of the Miami Sound Machine, plus ensemble members such as Natalie Caruncho who co-produced last season’s Into The Woods at the Arsht Center, Eric Ulloa, Nina Lafarga, Lee Zarrett, Omar Lopez-Cepero and Actors’ Playhouse stalwart Henry Gainza whose steady beaming grin exemplifies the ecstasy and pride that the entire cast radiates every moment. 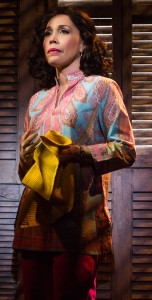 Burns is especially effective as Gloria’s fiercely protective mother who distrusted Emilio and show business in general. To illustrate her character’s backstory as a frustrated performer, Burns gets a kick-butt production number “Mi Tierra” in a 1950’s Havana nightclub. Alma Cuervo brings a reality as well as humor to her role as the loyal abuela.

The visual work of set designer David Rockwell, lighting designer Kenneth Posner and costumer ESosa recreate not so much the real Miami, but the Miami of the mind, complete with pastel sunsets and, in the one piece of over-the-top excess, fireworks when the couple realize their love.

It all mingles into a production whose title is a needless exhortation to the audience. When it arrives at the 305, everyone will be on their feet instantly.

To read of review of Fool For Love: click here

To read a review of King Charles III, click here.

To read our review of The King and I, Curious Incident of the Dog in the Night-time and An American In Paris, click here. 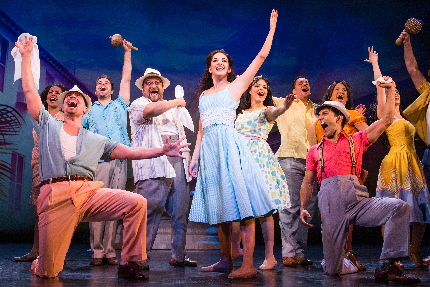 Villafane leads the cast in an early number set in Miami. Henry Gainza is fourth from the right.