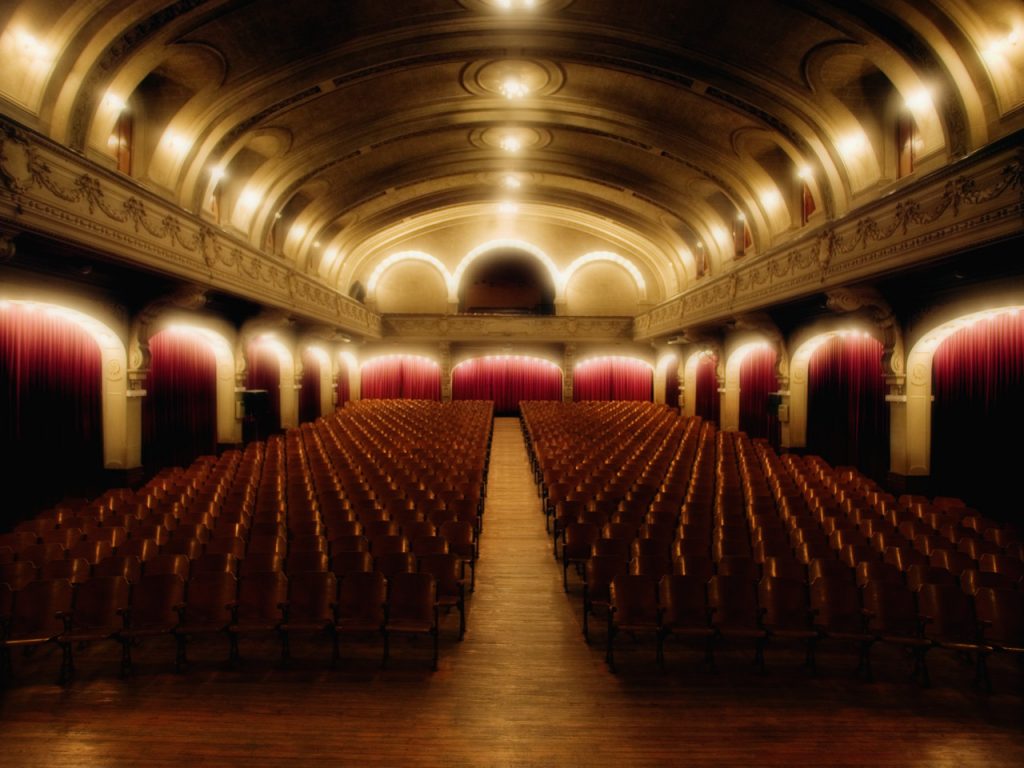 Forgive the sappy saccharine metaphor, but it’s inescapable: Spring has arrived for South Florida theater with buds and shoots peeping out of the what was not barren but rocky ground. All you have to do is look at the Florida Theater On Stage calendar or Facebook or the inbox of your email for the next two or three weeks with programs competing head-to-head not just online but in person.

Further, companies that have been quiet the past year or so are cautiously announcing individual dates. Troupes are mounting more and more events in the plazas, amphitheaters and open spaces. Quirky programs are popping up all over the region. Some companies have spoken off-the-record about ‘special” projects in the works. The Broadway tours at the presenting houses have set opening dates.

Several other companies have promised they are “just about” to announce their new season. A handful like Lake Worth Playhouse and Palm Beach Dramaworks have announced a full season occurring inside their auditoriums which we’ll publish later this week. Area Stage Company, which lost its Miami home last year, is having a ribbon cutting Friday in its new black box digs in the Sunset Place shopping center a few doors south. Theater companies are advertising their summer camp programs. And, of course, some companies like Theatre Lab and City Theatre, haven’t been dormant at all.

Here is a random kaleidoscope of some events. For a more comprehensive — and still incomplete – list, check out our calendar.

—–Slow Burn Theatre Company, whose heart is still committed to its epic Ragtime production short-circuited by the pandemic, has planned a single-night Topsy Turvy on April 24, a live in-person of song and dance performances from the company’s cadre of artists. The evening will be held socially distanced in the Broward Center’s back parking lot where it has been holding other one-night-stand events.

—-Palm Beach Dramaworks is resuming its Contemporary Voices series of weekly online readings of a single playwright’s work, this time Miami’s Pulitzer Prize-winner Nilo Cruz, following last year’s focus on Lynn Nottage. Tickets are free, but reservations are required to get the link by visiting www.palmbeachdramaworks.org or by calling the box office at 561-514-4042, ext. 2. The schedule is Two Sisters And A Piano (April 12, 7:30 p.m.; with a separate discussion April 14, 7:30 p.m.) last done locally a decade ago by Promethean Theatre; Sotto Voce (April 19, 7:30 p.m.; Discussion April 21, 7:30 p.m.) and Anna In The Tropics (April 26, 7:30 p.m.; Discussion April 28, 7:30 p.m.)

—– The J’s Cultural Arts Theatre, known as JCAT, said farewell pre-COVID to its longtime Artistic Director Michael Andron. Now the company based at the Michael-Ann Russel JCC in North Miami Beach is being led by local actor-educator Stephen Kaiser. It produced a socially-distanced youth musical last December in its new Alan and Diane Lieberman Theatre.

But April 22-May 2, it will mount its first professional production, A Class Act by New Jersey playwright Norman Shabel. Originally produced Off-Broadway at New World Stages, the play is described as “a sophisticated thrill ride that exposes the startling inner workings of our legal system. This show examines a world in which greed pervades, the loyal suffer, and morality is always relative.

Health precautions are being taken including 30 percent social distancing in the 230-seat theater, which also has spacious waiting area on the courtyard outside the lobby.

—-New City Players and the Art Prevails Project have teamed to produce A Love Like This, an outdoor, socially-distanced, live theatrical performance. The work will be mounted April 15-25 in the Peck Courtyard of the Broward Center for the Performing Arts.

New City Players has remained active during the pandemic with original projects such as its podcast series Little Montgomery, but this is its first live production in a year.

It also echoes the leaders’ commitment to operating inside the community, reflecting and drawing from its patrons. This work depicts trials and tribulations of human beings, “an open and honest look at relationships—romantic, familiar and platonic—through the eyes of some of South Florida’s talented creatives of color,” a news release stated. It “takes us from a barbershop to a college dorm room to a cafe during the pandemic through a curated collage of short plays, music and poetry that take the audience on an emotional journey.”

Face coverings will be required for all audience members during the performance. Run time is 90 minutes with no intermission. There will be talkbacks with cast members, playwrights, and the director immediately following each performance. Tickets can be purchased at BrowardCenter.org or by calling Ticketmaster at (954) 462-0222

—– Zoetic Stage in Miami is hosting, Borrowed, April 19-25 another entry in its Virtual Play Reading Series of online works. Jim Kierstead’s psychological thriller is a two-character play, “an intense ride as two strangers who meet for what is only to be a brief encounter, get more out of their time together than either could ever have imagined. Borrowed explores the universal and haunting themes of fathers, sons, love, loss, and, ultimately, forgiveness.” The Zoetic series focuses on new plays by new writers, giving them exposure and the opportunity to develop their work, after hearing it presented in front of a virtual audience. Kierstad is a producer who works with local colleague William Fernandez in the firm Broadway United. A password-protected Vimeo link will be e-mailed to ticket holders before the event. Tickets are available through https://www.eventbrite.com/e/149963076599

—Zoetic also has one more performance of its improv-based Zoetic Schmoetic outside on the Arsht Center plaza in Miami on April 24.

—–New World School of the Arts will present a free single performance online of the award-winning play In the Red and Brown Water, written by Tarell Alvin McCraney (NWSA 1999 alumnus) winner of an Academy Award for the film Moonlight. The production will be streamed at 7 p.m. April 16 at a link available from the school. Directed by NWSA theater faculty member James Randolph, the play will be presented online as a one-time premiere, performed by eleven juniors and seniors enrolled in the NWSA college theater program.

In the Red and Brown Water is part of a trilogy of the Brother Sister Plays. It takes place in San Pere Louisiana and it is the story of Oya, a girl who has great hope but has to fight her inner struggles and those within the community she lives in. A combination of the stories of the pantheon of Yoruba Gods, poetry and contemporary urban influences. The play is a journey of humanity combining humor, pain and the search for love, acceptance and redemption. The heart and soul of the people in the play are around and within each of us.

—– The M Ensemble Company, believed to be the longest running professional African American theater company in the state, is holding auditions this week for Cowboy. The story by Layon Gray (Ensemble’s Kings of Harlem) is slated to be produced June 11-27 inside the Sandrell Rivers Theater in Miami. Cowboy had a short world premiere with little rehearsal because the ink on the script was still wet at the National Black Theater Festival that we attended in 2019. Ensemble leaders Patricia Williams and Shirley Richardson said then that they already decided to produce it locally. The story is a fictional drama based on a real African-American lawman/bounty hunter.