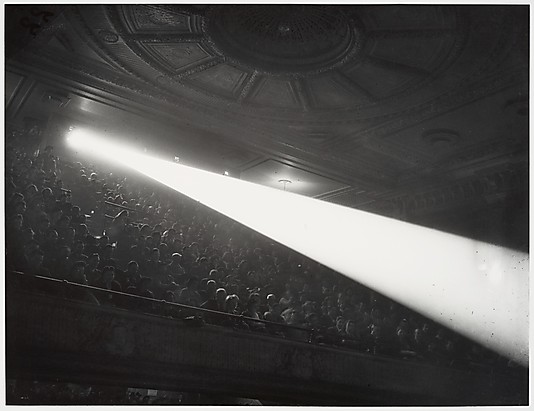 If Dickens’ opening line in A Tale of Two Cities has become a trite cliché through overuse over the past century and a half, it has become a painfully accurate truism about theater over the past two years, especially South Florida theater.

There has been crippling loss and inspiring resurrection, sometimes at the same time. Surrender and perseverance. And suddenly, now, the threat has reasserted itself with renewed Covid-related illnesses and shuttered performances at companies outside the region.

But looking back on those two years delivers a testament worth celebrating and learning from.

There was no dearth of theater news and trends:

—–To start with, the quality of productions since the scene began stirring has been unusually strong. Certainly, some have been better than others and some may have seemed better than they were as a result of a confluence of the audience’s hunger and the artists’ joy in creative release. But the truth is that the vast majority of productions were as fine as the region’s justifiably admirable reputation is known for.

—- And to the best of our knowledge, no company went bust. A few went into hibernation, but most reached out with regular emails, lectures and online readings. 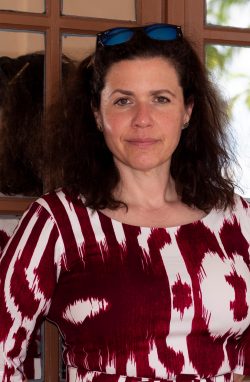 —–Bari Newport took over the reins at GableStage, investing considerable time connecting with artists, donors, loyal subscribers and potential patrons across the region.

—-After a season’s hiatus, the Carbonell Awards went through a wide-ranging reexamination, fueled by long-aborning criticisms from local theater leaders. An overhaul included a new section of awards honoring someone or something at each individual theater, nominated by the theater chiefs and voted on by its patrons. Judges resumed their visits this fall for the competitive categories.

—-Several theaters experimented with digital productions and readings presented completely online in hopes of maintain a connection with their patrons. Some were little better than Zoom chats with debatable results, but others were solid work as artists learned a new set of skills: MNM’s Closer Than Ever, Theatre Lab’s Ich Bin Ein Berliner, much of Island City Stage’s work, and Palm Beach Dramaworks’ co-production with Actors Playhouse of The Belle of Amherst. GableStage also began offering streamings simultaneous with the live stage production of their works.

—-The Maltz Jupiter Theatre continues work on what is expected to be the final phase of its massive multi-million-dollar project to significantly expand and update its facility. An exact date for reopening has not been set although the managing contractor assures the project is on schedule. A Billy Joel concert is slated for the stage Feb. 10 but its next major production, I Hate Hamlet is slated for Feb. 8 in the Benjamin School. Complications cancelled its season opening production of Jersey Boys that was slated to be held in a baseball stadium in January. The first major production in the new facility is now Sweet Charity slated for Feb. 19.

—-National tours returned to the Arsht, Kravis and Broward Center without social distancing but plenty of mask-related and vaccination/testing precautions.

—-The ongoing seven-act Tragedy of the Coconut Grove Playhouse stumbled on with lawsuits, appeals and, as of this writing, no clear denouement as it lumbers in court. Facebook was ablaze with partisans on both sides of the issues outraged at each other’s claims and several unsubstantiated rumors being blindly accepted as fact.

—-One of the most moving productions was a three-hour memorial this month for GableStage’s Joe Adler who died in the spring of 2020. A score of friends and admirers spoke and sang tributes that everyone agreed he would never have approved of – and would have loved.

—-Artistic directors banded together during the two years in phone calls and online meetings to discuss their problems and potential solutions. One outgrowth of this team-building bonding was visible this fall in a sharp uptick of sightings of these people at each other’s productions, a supportive collegial outreach that few had committed to much before the pandemic, other than Adler.

—-In light of a national tumult about racial inequities on stage, backstage and in the back office, many South Florida leaders took equity and diversity training, and they conferred about how best to respond. How their concern actually will manifest itself is not known yet, but pledges were made about color-blind casting, more sensitive behavior during rehearsals, and adding people of color to their staffs and boards.  One obvious effort: both actors in New City Players’ two-character Lungs this fall were black when the script never referenced race.

—-The community lost at least 25 friends and artists over the two-year-period. A listing of them can be found by clicking here.

What will we remember?

What follows is not so much a “best of” list – no such list can be reliable or remotely complete – but this is a random recognition of some outstanding performances, productions and just moments that theatergoers and artists will carry with them into 2022. 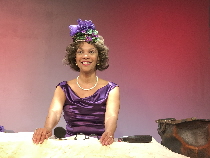 n February 2020 as the word Covid was becoming more frequent in news reports, Karen Stephens gave a benchmark performance as the middle-class pearl-necklaced Winnie trapped in a sand dune in Thinking Cap Theatre’s illuminating production of Samuel Beckett’s existential Happy Days, directed by Nicole Stodard. If the Carbonell Awards had not been cancelled that season, Stephens would have walked away with the Outstanding Actress award hands down. Read what we wrote at the time here.

Just this month, multi-faceted Michael McKeever delivered a career-defining moment as the frightened weak link in the chain in his own play The People Downstairs at Palm Beach Dramaworks directed by William Hayes. At a crucial juncture, his character loses his nerve under the protracted extreme pressure and approaches a phone to notify the Nazis that the Frank family is hiding upstairs. Spoiler alert: He tries to, he yearns to, but he breaks down in tears knowing that he simply cannot do that to other human beings despite the danger to himself, his friends and family. Read our review

Last month, Niki Fridh and Matt Stabile, directed by Lou Tyrrell, gifted us with a deft and moving theatrical pas de deux as the estranged couple trying to decide whether to reconnect in Theatre Lab’s To Fall In Love. Their use of pregnant pauses and eloquent silences were deafening in what each understood without words having to be uttered. Read what we wrote. 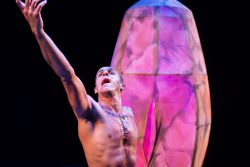 In October, Zoetic Stage’s Frankenstein was solid throughout but was especially memorable for the work of Gabriell Salgado as the hapless title creature molded by Stuart Meltzer. Salgado, amazingly a New World grad in his first professional production, delivered what was the most stunning physical performance in a play seen in this region in years. Salgado breathed life into a full-grown form with an infant’s innocence and credibly charted the creature’s growth in physical ability and mental capability.  Read our review

A reason to celebrate this holiday season was the “return” of veteran actor Peter Haig as the wily old junk dealer in GableStage’s edition of The Price initially directed as the last project of Joseph Adler, sidelined in rehearsals by the pandemic, and then adopted by the Adler’s successor Bari Newport. Haig, once a ubiquitous presence, has not been seen much on stage in recent years. But here, he reminds everyone of his hard-won thespian expertise by becoming the nimble driving force of the production. Read about the production by clicking here.

Truth in advertising, our special freelancer Oline Cogdill reviewed Slow Burn’s Kinky Boots, but based on her evaluation and that of a dozen other people we respect, Elijah Word has once again fulfilled the promise we have been talking about for years now, not the least of which was as the James Brown stand-in James Thunder Early in Broward Stage Door’s Dreamgirls. I’ve been a fan all that time, so I’m going to have see it this week. Read our review

Colin McPhillamy, who has been delivering outstanding character work in comedies and dramas here for years, called on his decades of time-developed skills to play 18 characters under Margaret M. Ledford’s direction in City Theatre’s Jacob Marley’s Christmas Carol.Read our review.

Memorable Shows (in addition to all those mentioned above) 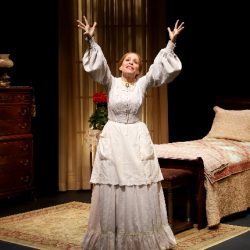 Margery Lowe in The Belle of Amherst

If some companies were antsy about the quality and the engagability of a locally-filmed production broadcast over the cyber-net, Palm Beach Dramaworks and Actors’ Playhouse spiked those concerns with its first-rate no-excuses-needed co-produced edition of The Belle of Amherst in March. It helped that Margery Lowe was giving a bravura performance as Emily Dickinson directed by William Hayes — a far more multi-faceted and thoroughly engaging portrait than that of the fragile, naïve, hermit with little social experience perpetuated through much of the last century. But every aspect was expertly delivered from Michael Amico’s set to Brian O’Keefe’s costume to Kirk Bookman’s lighting to Roger Arnold’s soundscape, and crucially, camera work and editing that never felt static. Read our review

Seven Deadly Sins made national headlines for Miami New Drama last November during the surge of the pandemic for its courage and imagination in setting a septet of stories in storefronts along Lincoln Road. Most civilians don’t realize that it was an expensive, complicated show to produce and one that involved more than a hundred people. Read our review

Sometimes you just wanted to kick back and be entertained while still being gifted with a few life lessons. Slow Burn complied in February 2020 with the surprisingly delightful and poignant musical comedy version of the film Groundhog Day directed by Patrick Fitzwater. If you didn’t find yourself cheering for the comical Clay Cartland and radiant Kimmi Johnson halfway through, you needed a late visit from Scrooge’s ghosts. Read our review

Also pre-pandemic in January 2020, Zoetic Stage did a fine job mounting local playwright Christopher Demos-Brown’s especially timely and insightful American Son, which had been on Broadway the year before. Seamlessly led by Stuart Meltzer as director, Karen Stephens and Clive Cholerton dazzled as the troubled parents in this race-centric examination. Read our review

Maybe it’s just because it was the first major production we saw as things began to open up this fall, but Slow Burn’s Songs for a New World was deeply moving and liberating with four strong performances from Darius J. Manuel, Cecilia Snow, Timothy Michael Quinn and Heather Jane Rolff. Perhaps it was too early in the uncertain period or perhaps the lack of a well-known title, but audiences did not flock to the production. Their loss, toots.  Read our review 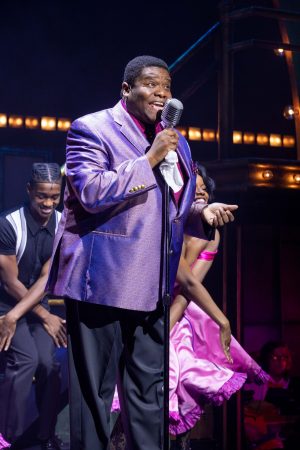 Juson Williams in A Wonderful World

It took guts, vision, talent, skill and a hell of a lot of money, but in the end Miami New Drama’s A Wonderful World paid off in a near triumphant production helmed by Christopher Renshaw and starring Juson Williams, but benefiting immeasurably from the musical direction of Annastasia Victory and Michael O. Mitchell who rearranged and reconceived familiar numbers so imaginatively that we hear the lyrics, intricacies and vitality of the music as if for the first time. Read our review by clicking here.